Nadda claimed that Bengal Chief Minister Mamata Banerjee used foul language for the BJP leaders including him in her campaigns and that it wasn’t Bengali culture. 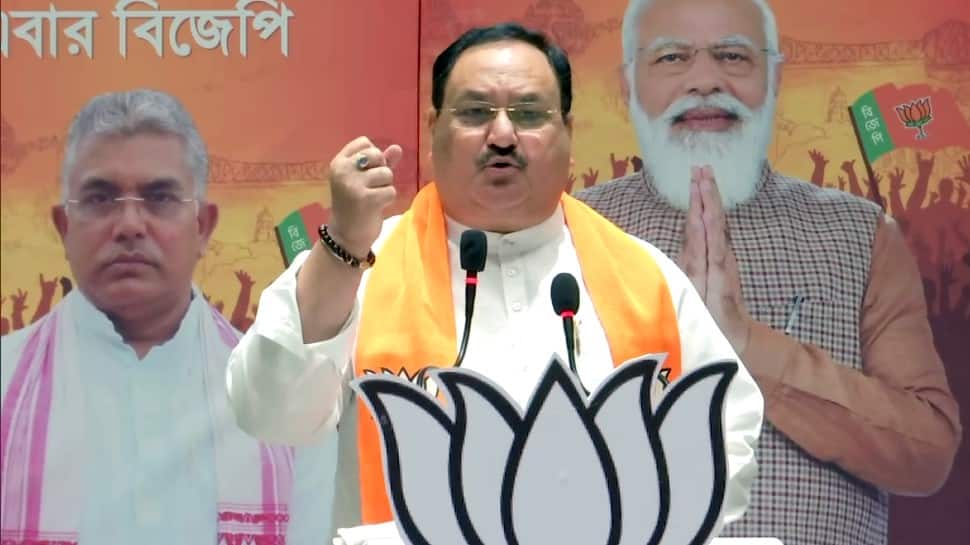 New Delhi: Bharatiya Janata Party Chief JP Nadda on Monday (April 26) accused the ruling TMC party of indulging in the “lowest level of electioneering” while asserting that his party maintained a high standard during campaigning for the West Bengal assembly elections.

Nadda’s remarks come on the day when the state saw the seventh phase of voting take place.

“This West Bengal election was unprecedented and unique in its own way. With a lot of maturity, in spite of all provocations, a high standard of electioneering maintained by BJP. TMC displayed the lowest level of ethics, immature, provocative electioneering,” Nadda said addressing a virtual public meeting.

Nadda claimed that Bengal Chief Minister Mamata Banerjee used foul language for the BJP leaders including him in her campaigns and that it wasn’t Bengali culture.

“The word she (Mamata Banerjee) used along with my name, is it culture and language of Bengal? We represent Bengali culture. With full pride, I can say that no other person loves Bengali culture as much as I do. The language used by her can't be Bengal's language,” said Nadda.

The BJP chief further said that BJP has left no stone unturned to take the message of Netaji Subhas Chandra Bose and Shyama Prasad Mookerjee to the people.

He added that it was Banerjee, who is “the outsider and we (BJP) who are the true insiders.”

Polling for the eighth and final phase will be held on April 29 while the counting of votes will take place on May 2.