The BJP had launched its nationwide membership drive on Saturday, on the birth anniversary of Syama Prasad Mookerjee. 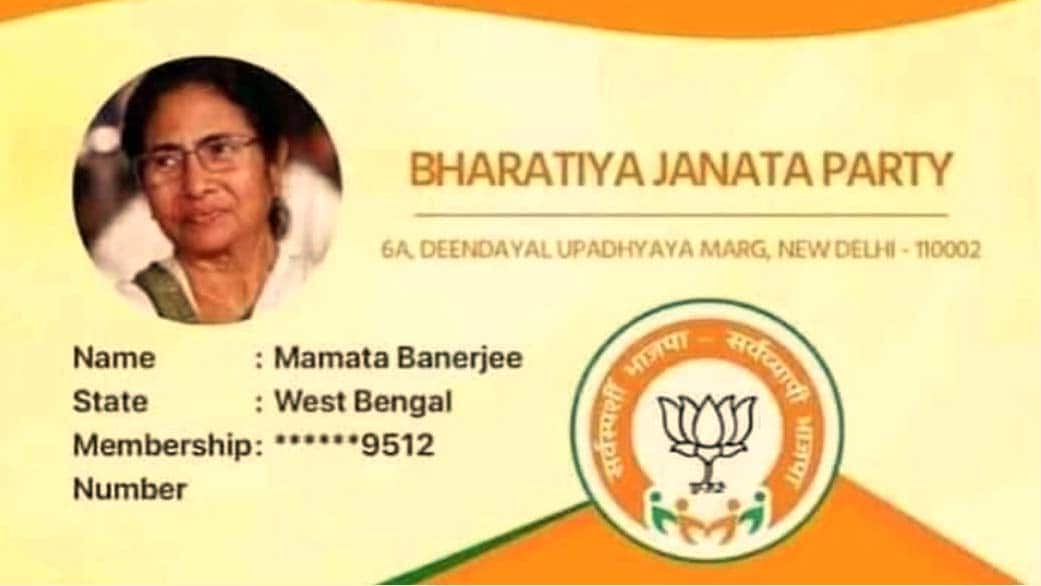 West Bengal Education Minister Partha Chatterjee has slammed the BJP after a picture of Chief Minister surfaced on a membership card of the BJP. Chatterjee said that it is a planned move by the BJP to defame West Bengal chief minister and Trinamool Congress. He added that the state government will take strict against this and those involved in this mischievous act will face justice under cybercrime law.

The BJP had launched its nationwide membership drive on Saturday, on the birth anniversary of Syama Prasad Mookerjee. Prime Minister Narendra Modi had launched the drive from his parliamentary constituency Varanasi in Uttar Pradesh and Union Home Minister Amit Shah started the drive from Telangana. Union External Minister S Jaishankar launched the membership drive in Ahmedabad and Union Minister Nitin Gadkari kickstarted it in Nagpur.

Meanwhile, Narendra Modi or NaMo app, the official app of PM Modi, has got a new option which can be used by the people if they want to join the BJP. Once a user download the NaMo app, the notification for the membership program will appear on the app immediately. After that, user's log-in id, phone number and location details will be asked. Users will also get an option to add their family members names to join the membership cadre of the BJP.