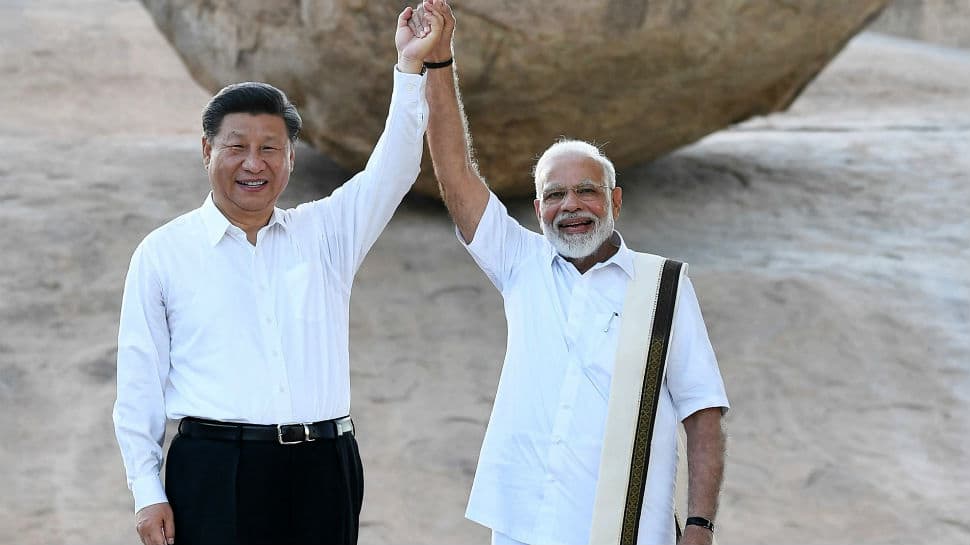 Briefing about the meeting, Foreign Secretary Vijay Gokhale said, "There were discussions on trade-related issues and on economic issues and trying to identify areas for investment which two countries can encourage and how to enhance trade volume and trade value which include the issue of trade deficit and unbalance trade."

He added that India and China discussed the "challenges both countries face on account of terrorism. Both leaders said that these are large countries and radicalisation is a matter of concern for both and that both will work together to see that radicalisation and terrorism did not impact the fabric of our multicultural, multiethnic and multi-religious societies and a general sense that this was a common challenge and we will work together."

Both the leaders will be spending more than eight hours together during the 24-hour visit of President Xi.

While taking the tour a the place, PM Modi explained President Xi the history of the sites.

Foreign Secretary Vijay Gokhale said the visuals at the separate sites refect the "personal rapport" they have built in the backdrop of 17 meetings since 2014.

"PM Modi and President Xi, during that tour of the monuments, spoke of the historical and trading links between the southern part of India, particularly Tamil Nadu under Pallava and Chola dynasties and the eastern coast of China, particularly Fujian province," Gokhale said while adding that the Prime Minister explained the significance of world heritage sites highlighting the "harmony between man and nature" at Arjuna's Penance.

They shook hands five times during the entire period and drank coconut water at the Panch Ratha site were they sat for 15 minutes.

Chinese President Xi Jinping landed in Chennai on Friday afternoon with PM Modi tweeting in Mandarin, Tamil and English to welcome him. This is the third visit of the Chinese President to India since 2014. In 2014, he had visited Ahmedabad and in 2016, he arrived in Goa for the BRICS summit.

Xi is accompanied by 90 officials including top Chinese leaders like Ding Xuexiang, who is an important aide of the President, and current General Secretary of the Communist Party of China Yang Jiechi, Director of the Central Foreign Affairs Commission Office, Foreign Minister Wang Yi and He Lifeng, Minister in charge of the National Development and Reform Commission.

The dinner hosted by PM for the visiting leader in the backdrop of historic Shore temple at the Mahabalipuram Beach had Tamil delicacies both non-vegetarian and vegetarian on the menu.

On Friday morning, they will meet at around 11 am before the delegation-level talks and are expected to interact with the media.

Mamallapuram was chosen as the venue by PM Modi himself and process for the informal summit started in June 2019. India sent its first recce team in June to the town. While history played an important role, the fact that PM Modi is keen to have big summits outside national capital also played the clincher. Since its an informal summit, no joint statement is expected but both sides will issue separate statements in a coordinated manner.