In the political violence, as many as seven TMC workers were injured in the alleged attack by BJP workers. TMC’s state convenor Subal Bhowmick’s vehicle was even vandalised. 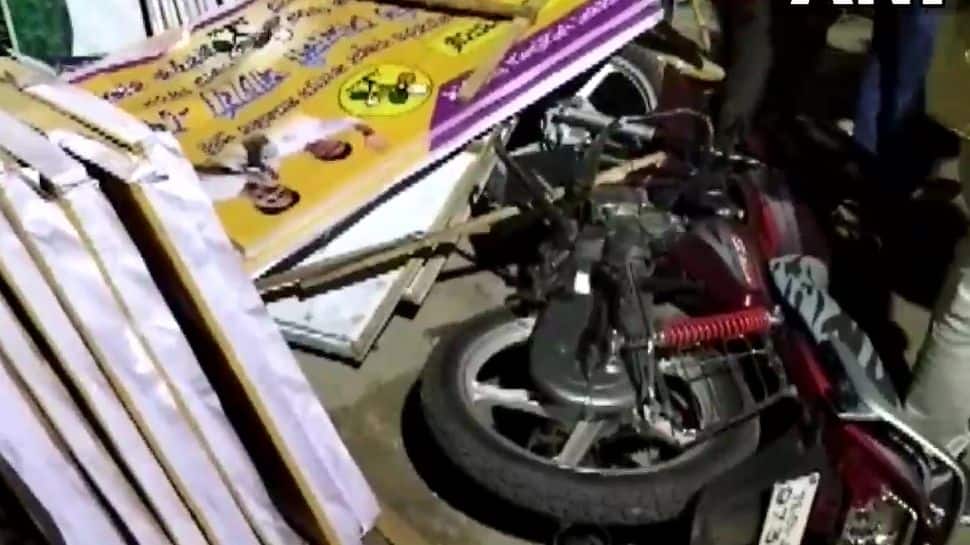 New Delhi: In the run up to civic body polls in Tripura scheduled to be held on November 25, political violence in the state continues unabated.

On Sunday (November 21) morning, a huge police force reached the hotel where senior Trinamool Congress (TMC) leaders - Kunal Ghosh and Saayoni Ghosh were camping. Saayoni Ghosh was asked to accompany the police officials and was told she will be examined.

After hours of questioning, Saayoni Ghosh was arrested by East Agartala Women Police Station. While she was being questioned, clashes erupted between TMC and BJP cadres. TMC alleged some BJP workers entered the police station premises and attacked their party workers in presence of the police.

“They have attacked the Thana again where Saayoni Ghosh is under arrest and also attacked our Convenor Shubol Bhowmick’s house in Agartala. I have been trying to call the IG & DGP but to no avail. This is mayhem,” said TMC Rajya Sabha MP Susmita Dev.

As many as seven TMC workers were injured in the alleged attack by BJP workers. TMC’s state convenor Subal Bhowmick’s vehicle was even vandalised.

Thereafter, Bhowmick’s house in Agartala was ransacked and vandalised. Several party workers in the TMC camp office at Bhowmick’s residence were left with bleeding injuries after miscreants went on a rampage.

“BJP’s Biplab Deb has unleashed his terror once again! They haven't even spared our State Convenor Subal Bhowmick. His house was attacked by BJP goons and Tripura Police continues to be silent spectator! Nothing can stop us from continuing our fight to restore democracy,” said a tweet from TMC Tripura’s official Twitter handle.

.@BjpBiplab has unleashed his terror once again!

They haven't even spared our State Convenor @SubalAITC. His house was attacked by @BJP4Tripura goons and @Tripura_Police continues to be silent spectator!

Nothing can stop us from continuing our fight to restore democracy! pic.twitter.com/r6y5pGJQMH

Meanwhile, the situation outside the police station still remains tensed, till last reports came in as senior leaders like Kunal Ghosh and Subal Bhowmick were escorted out by police personnel.

This dog teaching a baby to crawl is the cutest thing on internet today, Watch