TTD board to streamline VVIP darshan culture at Tirumala temple

For any God all devotees are equal but in front of God not all devotees are equal. Especially in temples, the culture of Special or VVIP darshan definitely raises a lot of serious questions. In Tirumala, abode of richest Hindu God Lord Venkateshwara, this difference between a common or poor devotee and a VIP or VVIP has become a raging point. 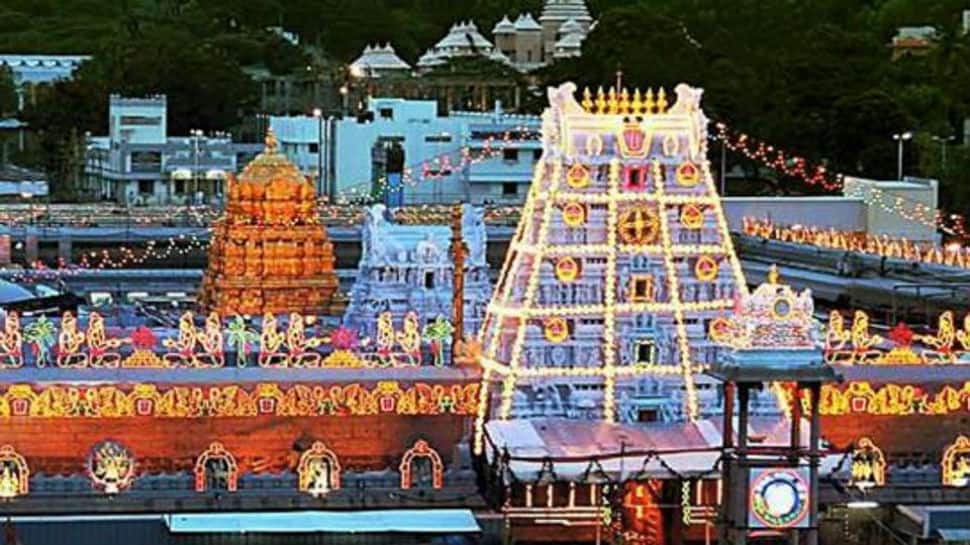 Tirupati: For any God all devotees are equal but in front of God not all devotees are equal. Especially in temples, the culture of Special or VVIP darshan definitely raises a lot of serious questions. In Tirumala, abode of richest Hindu God Lord Venkateshwara, this difference between a common or poor devotee and a VIP or VVIP has become a raging point.

Newly appointed Chairman of Tirumala Tirupati Devasthanams ( TTD ) board has struck a right note of announcing the removal of much sought after VVIP Darshan slots called L1, L2, L3. L denotes list and 1,2,3 are the segments within to classify the level of VVIPs or VIPs.

Almost every day, there's a heavy rush of devotees to take darshan of the Lord. For a common devotee, it may take from few hours to even a day in the queue to reach the sanctum sanctorum. But for those who are privileged to get darshan in L1, L2 or L3 segments it takes minutes or maximum around an hour to pray the Lord.

What are these L1, L2 & L3 and why are they most sought-after by VVIPs. This particular segment of darshans was started in 2012.

L1 is considered to be the topmost in the VVIPs category. MLAs, Ministers, (any State & Centre) MPs, IAS, IPS, Judges, Industrialists, Celebrities and other VVIPs deemed fit from all sections of society by the officials of TTD get the privilege of having darshan under this category which takes just few minutes from entry point to ``Moola Virat'' ( Lord's idol ).

Roughly around 450 people can be accommodated under this category. The highlight of this segment which is most sought after is the VVIP gets to see Lord for a few minutes from a very close distance and is also given Aarathi.

Next comes L2. Here, the VVIP gets darshan of Lord for a minute or approximately but not privileged to get Aarthi. Nearly 1500 VVIPs can be accommodated in this segment.

Last in the VVIP segment is L3. Here too, the VVIP gets darshan of Lord from a distance but for few seconds they can stand with folded hands and can pray.

For L1, L2, L3, each VVIP devotee is charged Rs 500. And around 4,000 devotees approximately can be accommodated these segments which take around two hours or more to complete.

The issue here is when these L1,L2,L3 devotees are let inside, the common devotee has to remain in locked compartments though they might be standing in queue for hours together. This has become a bone of contention over the preferential treatment.

"We are going to remove these L1, L2, L3 very soon. Our officials are already preparing an alternate plan as to how protocols will be taken care and common devotees do not have to wait for long hours. Maybe in next few days, we will even start implementing it,'' informs YV Subba Reddy, Chairman, TTD Board.

But the real question is will it be easy to give less preferential treatment to these VVIPs who are powerful, high and mighty of society. "Though the move and motive are good, cancellations of all VVIP or VIP segment may not be possible entirely as priority has to be given at least to some high ranking officials, individuals but all VVIPs should consider visiting Tirumala only once a year,'' says Dr.Pasupuleti Hariprasad, former board member, TTD.

A Public Interest Litigation ( PIL ) against L1, L2, L3 is currently being heard in Andhra Pradesh High Court. "God doesn't discriminate anyone. We have the right to equality. They why such discrimination,'' questions Umesh Chandra, advocate.

"For example, when any VVIP is getting a recommendation letter from a minister or high ranking official then that person may be obliging with expectation for some returns which amounts to corruption,'' opines Chakrapani, Veda pandit, Tirupati.

However, common devotees strongly feel the VVIP culture in temples should be done away with. "It is a good initiative. All devotees are equal in front of god then why this unnecessary division,'' says Kishore, a devotee from Mumbai.

"With money or influence you can buy a VVIP or special darshan ticket but you cannot buy God,'' says Anand Joshi, a devotee.

Now it remains to be seen how and what new systems are brought out by TTD to replace L1, L2, L3.