Kuldeep Singh Sengar is an ex-BJP MLA who has been sentenced to life in jail after being convicted for raping a minor woman in Unnao in 2017. 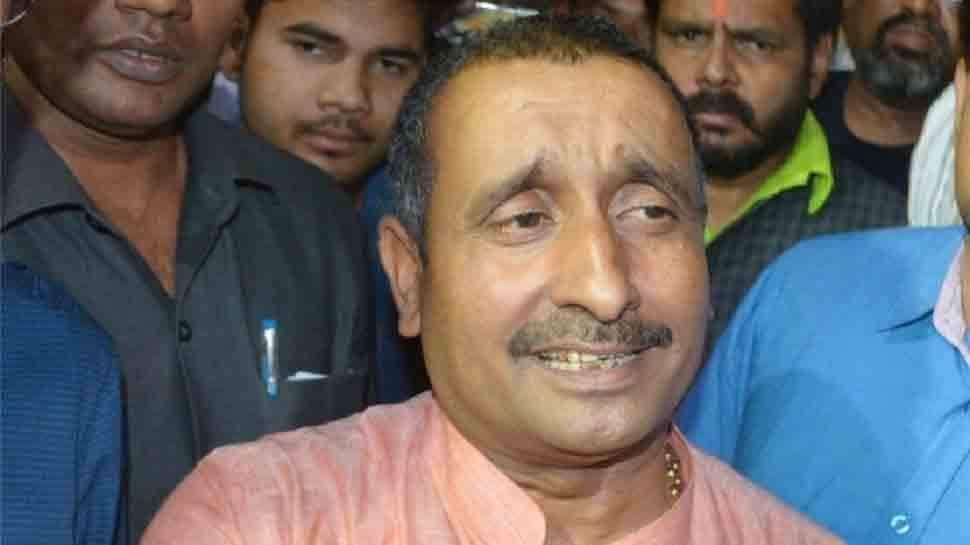 New Delhi: BJP has announced the list of candidates for Zila Panchayat polls in five districts of Uttar Pradesh. It includes Sangeeta Sengar, wife of former BJP MLA Kuldeep Singh Sengar who has been convicted for raping a minor woman in Unnao in 2017.

Sangeeta Sengar will contest polls from the Fatehpur Chaurasi Tritaya seat for the post of Zila Panchayat member.

Sangeeta had become the Zila Panchayat chairman from Unnao district in 2016.

Sangeeta was made the candidate, keeping in mind the influence that her family wields in the area and the sympathy that they have earned after her husband’s arrest in April 2018.

Who is Kuldeep Singh Sengar?

Kuldeep Singh Sengar is an ex-BJP MLA who has been sentenced to life in jail after being convicted for raping a minor woman in Unnao.

He was disqualified as a member of the Uttar Pradesh legislative assembly. He was also expelled from the party.

In March 2020, a Delhi court here sentenced Sengar along with all other accused in the Unnao rape case to 10 years in prison in connection with the custodial death of the Unnao rape victim’s father.