IAF has dropped almost 5000 kg of relief material in the area so far. 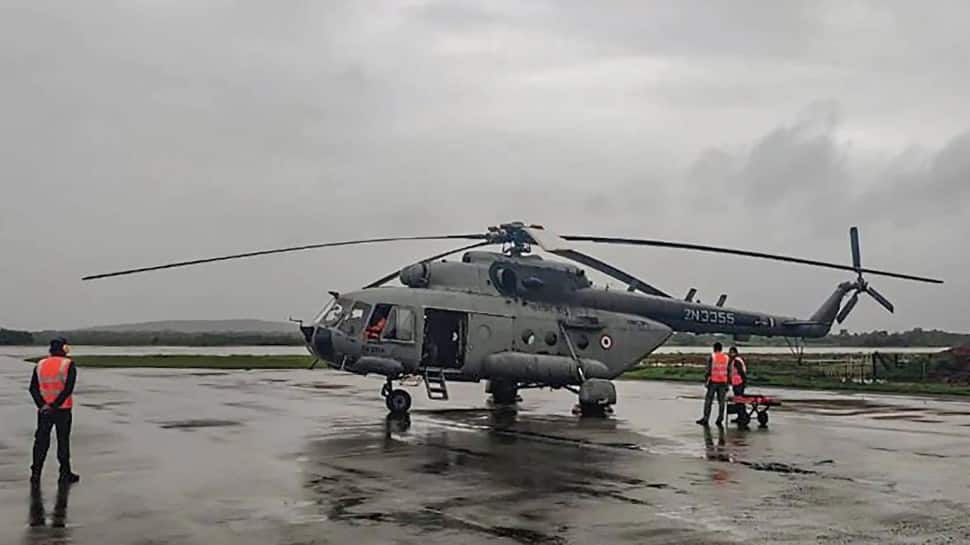 IAF has dropped almost 5000 kg of relief material in the area so far.

In the last 3 weeks, the IAF has carried out similar flood relief operations in Maharashtra, Jammu and Kashmir, West Bengal, Madhya Pradesh and Rajasthan.

The situation is being monitored closely.As the water levels of the Ganga and Yamuna rivers crossed the danger mark in Prayagraj on Monday, the UP administration announced a high alert in the area and started evacuating families affected by floods.

The water level in the river Ganga in the northeast area of Prayagraj is also increasing and both the rivers are flowing above the danger level mark.

Uttar Pradesh Chief Minister Yogi Adityanath on Monday conducted an aerial survey of the flood-hit areas in Auraiya and Etawah districts and distributed relief material to the affected people, an official spokesperson said.

The chief minister also held a meeting with public representatives and officials to take stock of the flood situation and the relief work, he said.

In Auraiya, Adityanath interacted with flood-affected people and distributed ration kits to 26 families, according to the spokesperson.

He assured the people of all possible help from the government, the spokesperson said.

Adityanath said two ministers of the state are constantly supervising the relief and rescue operations in the flood-hit areas.