Turkish President Recep Tayyip Erdogan has been taking jibes at the French President after the latter called for action over, what he called, "Islamist separatism”. 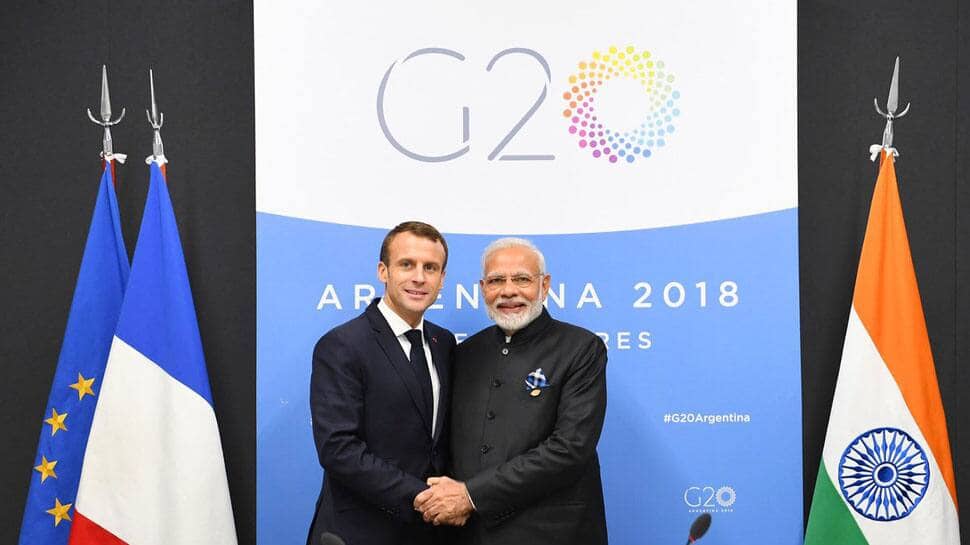 The Ministry of External Affairs in a statement said, "We strongly deplore the personal attacks in unacceptable language on President Emmanuel Macron in violation of the most basic standards of international discourse."

The entire development started over the beheading of a school teacher Samuel Paty in a suburb of Paris after he had shown caricatures of Prophet Mohammad. The 47-year-old Paty was beheaded by an 18-year-old Chechen Muslim.

The MEA "condemned" the "brutal terrorist attack" that took the life of a French teacher in a "gruesome manner that has shocked the world" and offered "condolences to his family and the people of France".

"We also condemn the brutal terrorist attack that took the life of a French teacher in a gruesome manner that has shocked the world. We offer our condolences to his family and the people of France. There is no justification for terrorism for any reason or under any circumstance," the statement added.

The French envoy to India, Emmanuel Lenain, thanked MEA for the support tweeting, "France and India can always count on each other in the fight against terrorism".

Interestingly, earlier this week saw #StandWithFrance trending on Twitter. In fact, according to some French media outlets, the hashtag actually started in India. India and France have increased engagement in the past few years, and in fact, the Foreign Secretary Harsh Vardhan Shringla will be in Paris this weekend.

The MEA announcing the visit said, "India's relations with France, Germany and UK are built on a foundation of shared democratic values and are informed by a commonality of interest in issues such as sustainable development and climate change".

Besides India, Netherland's Prime Minister Mark Rutte has come out in full support of France. He tweeted, "President Erdogan’s words addressing President Emmanuel Macron are unacceptable. The Netherlands stands firmly with France and for the collective values of the European Union. For the freedom of speech and against extremism and radicalism."

The Canadian Foreign minister also came out in support of France. Canadian FM tweeted, We stand in solidarity with our French friends. Turkey’s recent comments about France are totally unacceptable. We must return to respectful diplomatic exchanges. We will always stand together to defend freedom of expression with respect."