Highlighting how India has become a major world power and its economy has jumped from strength to strength, PM Narendra Modi also took subtle jabs at the opposition. 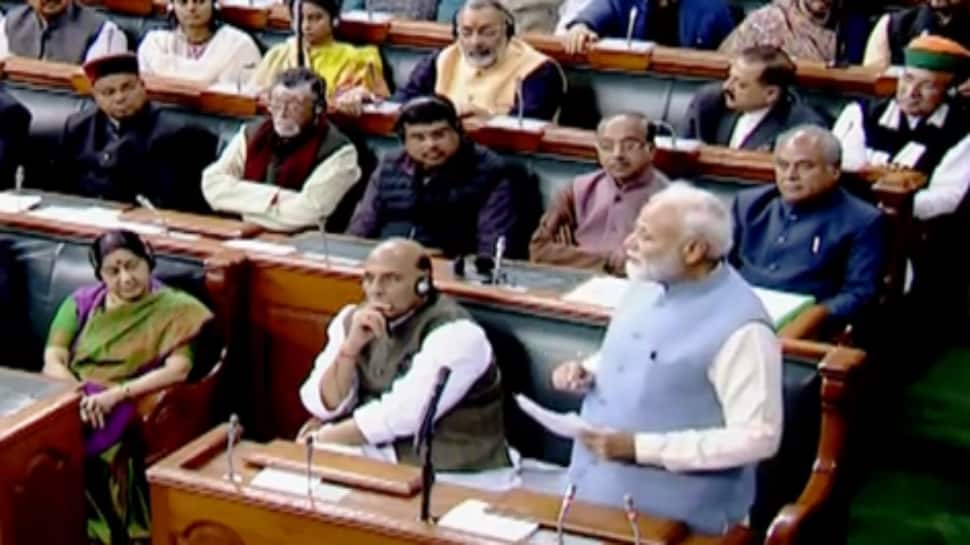 New Delhi: In what was his final speech in Lok Sabha before the all-important Lok Sabha elections, Prime Minister Narendra Modi hailed the position of strength that India is currently at and listed out the important work his government had done in the past five years. He also took subtle jabs at the opposition and said there was no earthquake in Parliament, a reference to a Rahul Gandhi claim from before.

Highlighting how this was the first time in three decades that a full-majority government was formed, PM Modi said that India has made a name for itself in the global stage and is on the fast track towards development. "India's self-confidence is at an all-time high. I consider this to be a very positive sign because such confidence gives an impetus to development," he said. "The world is discussing global warming and India made an effort in the form of the International Solar Alliance to mitigate this menace. The maximum number of satellites were launched in the last five-year period."

Underlining how India's economic prowess has increased manifold, PM Modi also highlighted the process of digitisation in his speech. "We have made a mark in the world due to our mandate. In the past, India has come to the aid of nations in need. The country is on the right path towards becoming a $5 trillion economy. India is the world's sixth largest economy. We have also put India on the world's digital map," he said.

PM Modi also took subtle jabs at the opposition. "People have flown big aircraft but our democracy is bigger," he said, an apparent reference to Rafale charge made by Congress. "Gale milne aur gale padne mein antar hota hai (There is a difference between a genuine and a forced hug)," he added, a clear reference to Rahul hugging him in Parliament last July. "Where's the earthquake? There was an earthquake coming in Parliament but there was none."

The Prime Minister also reserved a part of his speech for political proceedings within the Parliament. "We will be proud of this 16th Lok Sabha as it saw the highest number of women members elected to the House. 44 first-time women MPs were elected to the Lok Sabha," he said. "We made strict laws against black money and corruption. 203 of the 219 bills we introduced in Lok Sabha during our tenure were passed."

PM Modi also thanked Mulayam Singh Yadav for his blessings from earlier in the day and will now look to get into the election mode for an election that many believe would be a verdict on the current government.