The PM maintained that Gandhi Ji’s commitment to peace, harmony and brotherhood remained unwavering. He (Gandhi Ji) envisioned a world where the poorest of the poor are empowered. 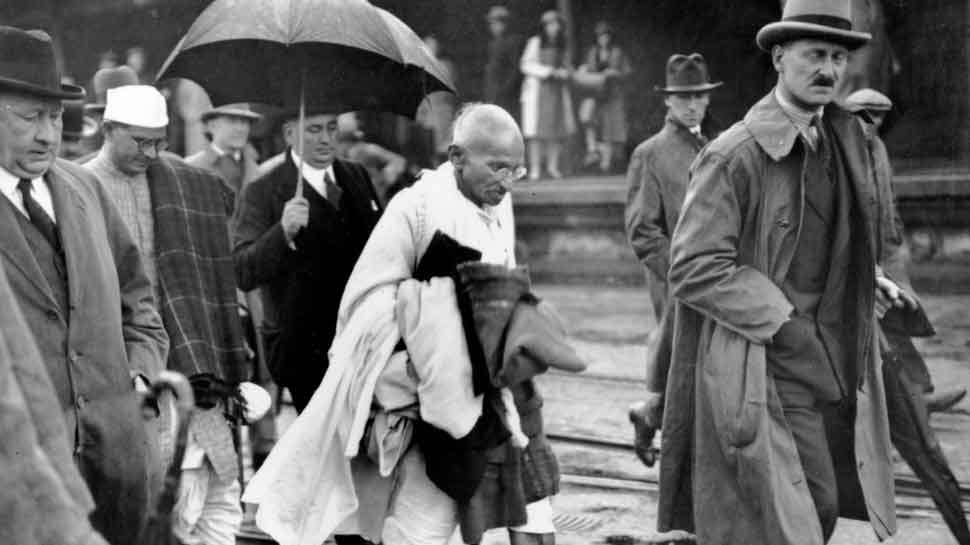 NEW DELHI: Prime Minister Narendra Modi penned a touching ode to Mahatma Gandhi on the occasion of the 150th birth anniversary of the father of Nation in the New York Times.

In his column, the Prime Minister proposed the ‘Einstein Challenge’ to ensure that the ideals of Bapu are remembered by future generations.

“As a tribute to Gandhi, I propose what I call the Einstein Challenge. We know Albert Einstein’s famous words on Gandhi: ‘Generations to come will scarce believe that such a one as this ever in flesh and blood walked upon this earth’… I invite thinkers, entrepreneurs and tech leaders to be at the forefront of spreading Gandhi’s ideas through innovation,” the PM wrote in his column in NYT.

In his column, the PM maintained that Gandhi Ji’s commitment to peace, harmony and brotherhood remained unwavering. He (Gandhi Ji) envisioned a world where the poorest of the poor are empowered. His ideals are our guiding light, the PM said.

The PM earlier paid tributed to Mahatma Gandhi at his resting place at Rajghat in New Delhi. ''Tributes to beloved Bapu! On #Gandhi150, we express gratitude to Mahatma Gandhi for his everlasting contribution to humanity. We pledge to continue working hard to realise his dreams and create a better planet,'' the PM tweeted.

Tributes to beloved Bapu! On #Gandhi150, we express gratitude to Mahatma Gandhi for his everlasting contribution to humanity. We pledge to continue working hard to realise his dreams and create a better planet. pic.twitter.com/4y0HqBO762

Here's what the PM wrote in his column in NYT.

''Upon reaching India in 1959, the Rev. Dr. Martin Luther King Jr. remarked, “To other countries, I may go as a tourist, but to India I come as a pilgrim.” He added, “Perhaps, above all, India is the land where the techniques of nonviolent social change were developed that my people have used in Montgomery, Alabama, and elsewhere throughout the American South. We have found them to be effective and sustaining — they work!”

The guiding light whose inspiration got Dr. King to India was Mohandas Karamchand Gandhi, the Mahatma, the Great Soul. On Wednesday, we observe his 150th birth anniversary. Gandhi Ji, or Bapu, continues to give courage to millions globally.

Gandhian methods of resistance ignited a spirit of hope among several African nations. Dr. King remarked: “When I was visiting in Ghana, West Africa, Prime Minister Nkrumah told me that he had read the works of Gandhi and felt that nonviolent resistance could be extended there. We recall that South Africa has had bus boycotts also.”

Nelson Mandela referred to Gandhi as “the Sacred Warrior” and wrote, “His strategy of noncooperation, his assertion that we can be dominated only if we cooperate with our dominators, and his nonviolent resistance inspired anticolonial and antiracist movements internationally in our century.”

For Mr. Mandela, Gandhi was Indian and South African. Gandhi would have approved. He had the unique ability to become a bridge between some of the greatest contradictions in human society.

In 1925, Gandhi wrote in “Young India”: “It is impossible for one to be internationalist without being a nationalist. Internationalism is possible only when nationalism becomes a fact, i.e., when peoples belonging to different countries have organized themselves and are able to act as one man.” He envisioned Indian nationalism as one that was never narrow or exclusive but one that worked for the service of humanity.

Mahatma Gandhi also epitomized trust among all sections of society. In 1917, Ahmedabad in Gujarat witnessed a huge textile strike. When the conflict between the mill workers and owners escalated to a point of no return, it was Gandhi who mediated an equitable settlement.

Gandhi formed the Majoor Mahajan Sangh, an association for workers’ rights. At first sight, it may seem just another name of an organization but it reveals how small steps created a large impact. During those days, “Mahajan” was used as a title of respect for elites. Gandhi inverted the social structure by attaching the name “Mahajan” to “Majoor,” or laborers. With that linguistic choice, Gandhi enhanced the pride of workers.

And Gandhi combined ordinary objects with mass politics. Who else could have used a charkha, a spinning wheel, and khadi, Indian homespun cloth, as symbols of economic self-reliance and empowerment for a nation?

Watch an Awkward and Funny Moment From ‘Downton Abbey’''

The nation is commemorating the 150th birth anniversary of Mahatma Gandhi on Wednesday during which several programmes will be held throughout the country to pay tribute to the Father of the Nation.

Prime Minister Narendra Modi started the day by paying tributes to Mahatma Gandhi at his resting place - the Rajghat - in the national capital.

Later in the evening, PM will fly off to Ahmedabad where BJP leaders and the state cabinet members will welcome him. A programme will be held at the airport where he will address a public meeting.

He will then visit the Sabarmati Ashram where he will garland the Gandhi statue. The Prime Minister, who launched the `Swachh Bharat` campaign in 2014, in remembrance of Gandhi, will take part in an event for cleanliness there. The `Swachh Bharat` campaign was launched with the goal to make India open-defecation free, with Gandhi`s iconic spectacles serving as the campaign`s logo.

There will be a programme on the riverfront at 7 pm where thousands of sarpanches from all over Gujarat will be present. Around 8.30 pm, PM Modi will visit the Gmdc ground in Ahmedabad to participate in the Navratri festival. He will depart for Delhi at around 9.30 pm.

Ever since the Modi government first came to power in 2014, October 2 is celebrated with much fanfare.