PM Modi met Afghan President Ashraf Ghani for a bilateral meet on the sidelines of the SCO Summit on Thursday. 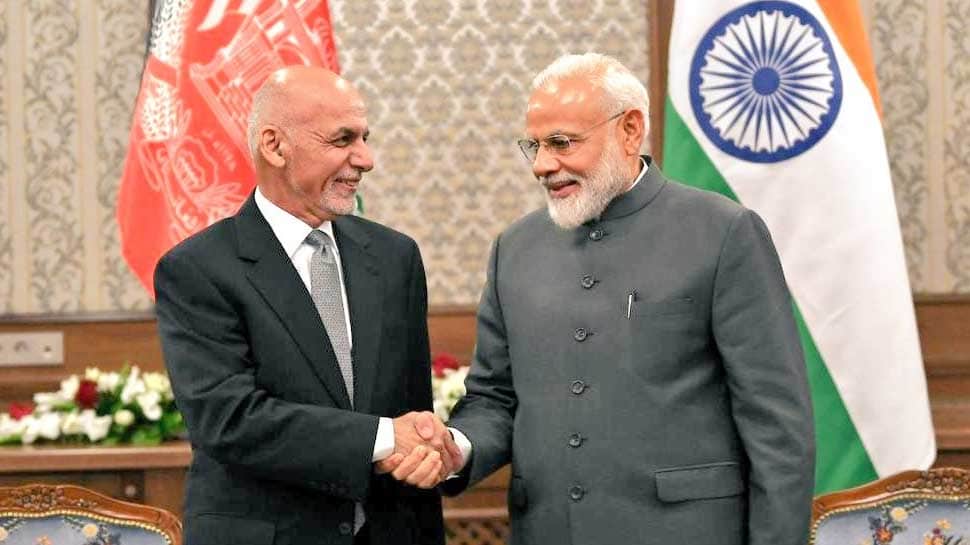 Bishkek: Prime Minister Narendra Modi met Afghan President Ashraf Ghani late on Thursday for a bilateral meet on the sidelines of the two-day SCO Summit. During the meeting, India assured the Afghans that it will fulfil all the expectations of Afghanistan and Kabul in the path of "legitimate govt chosen through the democratic path".

During the bilateral that lasted for more than 30 minutes, PM Modi said neighbours can work together and gave the example of India Bangladesh ties.

The Ministry of External Affairs (MEA) in a statement said, "the two sides exchanged views on the situation in Afghanistan and role played by India towards an inclusive Afghanistan"

PM @narendramodi met with Afghan President @ashrafghani on sidelines of #SCOsummit in Bishkek. Shared perspectives on situation in Afghanistan, including the role played by India towards an inclusive peace process.@IndianEmbKabul pic.twitter.com/erpAmavEDy

The Afghan President shared his views on the current situation in his country and how both New Delhi and Kabul should see drugs and terror together since the former fuels the latter.

He also shared his views on "sincerity of Pakistan" on action taken on terror group on its territory which has been a common cause of concern for both the countries.

New Delhi has been Afghanistan's biggest backer in the region. India through its community development scheme since 2005 has supported over 550 projects throughout Afghanistan. Of these, around 345 projects have been completed while the remaining are in various stages of completion.

India is the largest donor to Afghanistan in the region and since 2001 after the fall of Taliban undertaken projects and programmes over $2 billion.