Will continue with both farming and agitation side-by-side till May 2024: Rakesh Tikait

Bharatiya Kisan Union (BKU) Spokesperson Rakesh Tikait spoke to Zee News and reiterated that the farmers will not budge unless the three contentious farm laws are taken back. 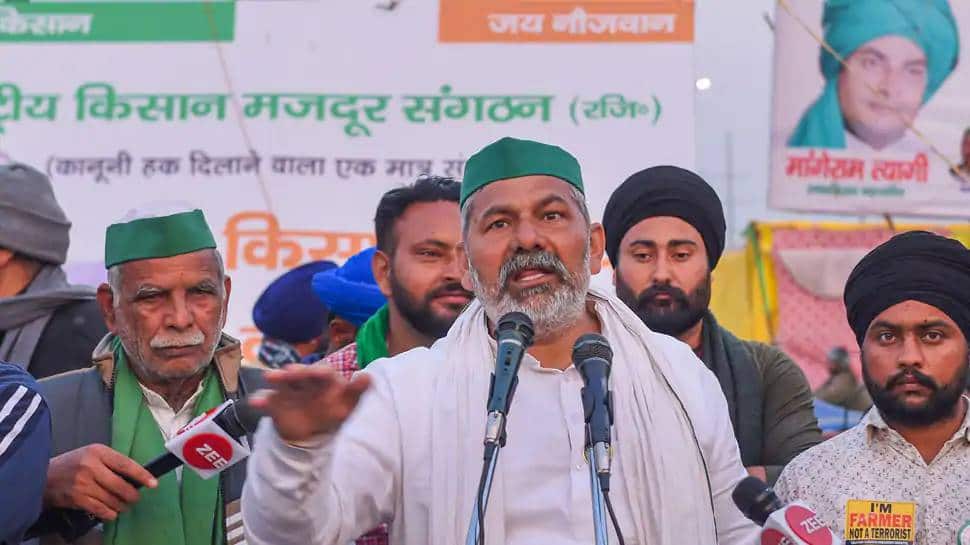 New Delhi: Ahead of the eighth round of talks between the Centre and the protetsing farmer unions in Delhi, Bharatiya Kisan Union (BKU) Spokesperson Rakesh Tikait spoke to Zee News and reiterated that the three contentious farm laws must be repealed.

Tikait said that the farmers have stood by their demands for the roll back of the three farm laws, MSP rules and implementation of Swami Nathan's report and nothing short of this will work.

The government is saying that they will amend the law. In today's meeting we will discuss about this.

"The farmers conveyed to the government that they do not want these laws, end the law. When a businessmen buy crops for less amount then under which law will a case be filed against them," Tikait said.

Discussing about the future of the agitation, Tikait said, "We are planning and preparing a road map till May 2024. We will continue with our farming will keep the movement alive side-by-side."

He assured that the protesters are taking full precautions against the coronavirus. "We are following the protocols and are maintianing clealiness. The government should also follow the rules. The COVID rules were broken during the Bihar elections while in Jharkhand, road marches were carried out.

Meanwhile, Union Agriculture Minister Narendra Singh Tomar claimed that the government is ready to consider any proposal other than the repeal of three farm laws - which is the key demand of the farmers.

The minister along with Union Railways Minister Piyush Goyal and Minister of State for Commerce Som Parkash, is leading the negotiations with the 40 farmer union leaders.

The fresh round of talks will be held at 2PM on Friday at Delhi's Vigyan Bhavan and is critical as the previous meeting on January 4 remained inconclusive with both sides sticking to their positions.

Ready to consider any proposal but won't repeal three farm laws: Narendra Tomar ahead of talks with farmers