Winter chill to continue, temperature may dip to 5 degrees next week: IMD

From January 4 onwards, the temperature would fall to five degrees, the IMD said. 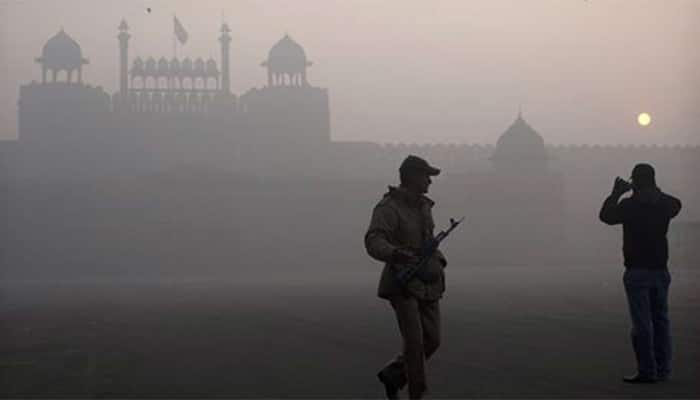 New Delhi: With cold winds expected from the North, the mercury is set to fall in the national capital to five degrees by next week, the India Meteorological Department (IMD) said on Saturday.

On Saturday, Delhi saw a drop in the maximum temperature at 22.6 degrees Celsius -- two notches above the season's average -- while the minimum temperature stood at 7.2 degrees.

According to the IMD, the mercury will start falling from January 1, 2018, with Monday, Tuesday and Wednesday expected to see a minimum temperature of six degrees Celsius, while the maximum is expected to hover around 22 degrees.

However, from January 4 onwards, the temperature would fall to five degrees, the IMD said.

"The wind currently entering Delhi is from North, where mountains are already covered with snow. As the wind speed will increase, the temperature in Delhi will fall," said an IMD official.

According to the IMD, Sunday -- December 31 -- is likely to be foggy, with minimum and maximum temperatures expected to hover around seven and 22 degrees, respectively.