“During the visit, the Army Commander was briefed about the current operational situation on the Line of Control, ceasefire violations, preparedness for strong and speedy response to enemy actions at the LoC, actions being taken to ensure a robust counter-infiltration grid and use of new generation technology for enhancing operational capability,” said a release.

The Army Commander complemented the coordination between Indian Army, Jammu and Kashmir Police, Central Armed Police Forces and the Civil Administration in maintaining peace and stability in the hinterland and also applauded the various initiatives being undertaken in the region under Sadbhavana for the upliftment of the local population. 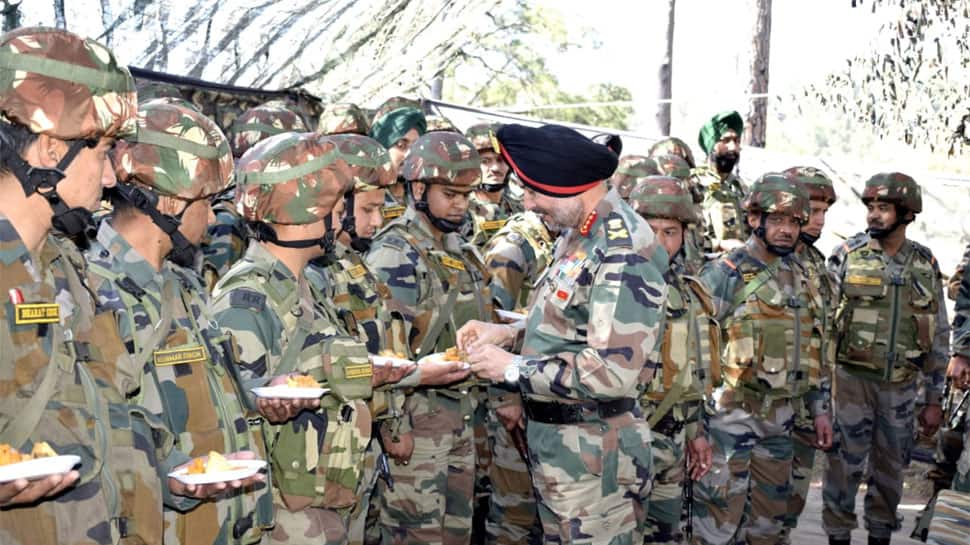 Singh also interacted with soldiers and complimented them for their unwavering dedication to duty, selfless devotion and high standard of professionalism.

“He was appreciative of the measures and standard operating procedures instituted by the units and formations in their area of responsibility to minimise casualties due to increased cease fire violations. The need to be prepared for effectively meeting current emerging security challenges was also reinforced. He also exhorted all ranks on the need to remain vigilant to counter the nefarious designs of the enemy and anti national elements. The Army Commander appreciated the preparedness and high morale of soldiers in the hinterland,” added the release.