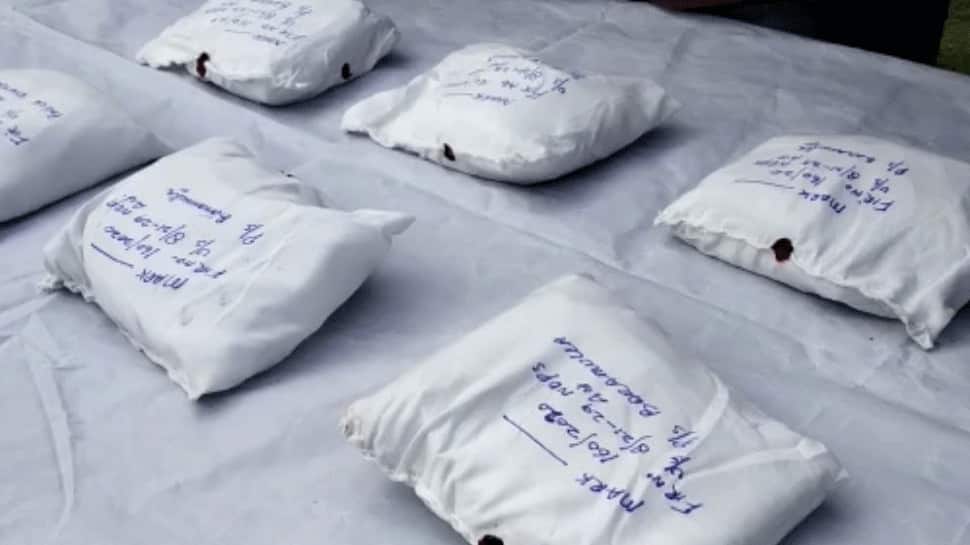 The Baramulla Police claims that they have recovered cocaine weighing about 6 kilograms. Four drug peddlers, who were arrested in this connection, disclosed that they were possessing cocaine worth crores of rupees.

The SSP said that the 4 men have been identified as Bilal Mir, Rafiq Sofi alias Kanjwal, Tariq Bhuroo and Shabir Ahmed.

They were arrested from the Old Town Baramulla and, on their disclosure, six packets of the narcotic drugs were recovered.

The officer said that a case (FIR No. 160/2020) under section 8/21-29 NDPS Act has been registered in Baramulla Police Station and a further investigation continues.

This is the first time that such a big recovery of drugs during the anti-drug operation has been made by J&K Police in Kashmir.

Jammu and Kashmir administration sets up 3 committees to prepare for panchayat, BDC bypolls