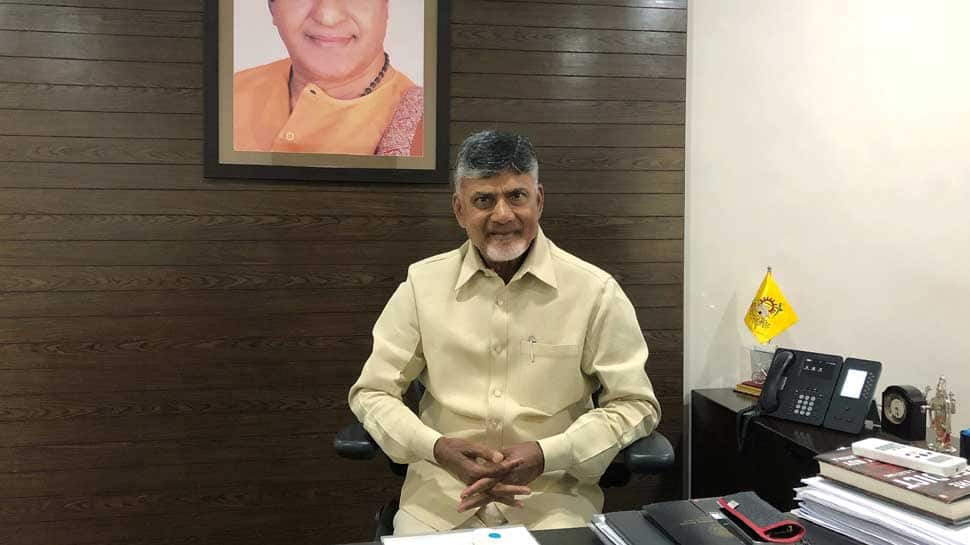 The Andhra Pradesh CM made this demand after meeting the poll panel over Thakur's 'Godse' remarks and the campaign ban in West Bengal ahead of phase 7.

"The EC should take action against Sadhvi Thakur for insulting the father of the nation," the TDP chief said.

Naidu also raised strong objections to the Election Commission's decision to hold re-polling at five booths under Chandragiri and Chittoor parliamentary constituencies and called it "partial one-sided and undemocratic".

''The decision of the Election Commission is very controversial. In Andhra Pradesh, after 25 days, they have ordered for re-polling. Generally, re-polling takes place the next day,'' he said.

The Andhra Pradesh Chief Minister had raised his objections in a letter sent to the poll panel.

The EC had declared the polling held on April 11 in these five stations as void and ordered that a re-polling be conducted from 7 AM to 6 PM on May 19.