As Priyanka Gandhi Vadra heads to Amethi, posters calling her a 'fraud' cover the city

Priyanka Gandhi Vadra is in Amethi during the second leg of her three-day Lok Sabha election campaign in Uttar Pradesh. 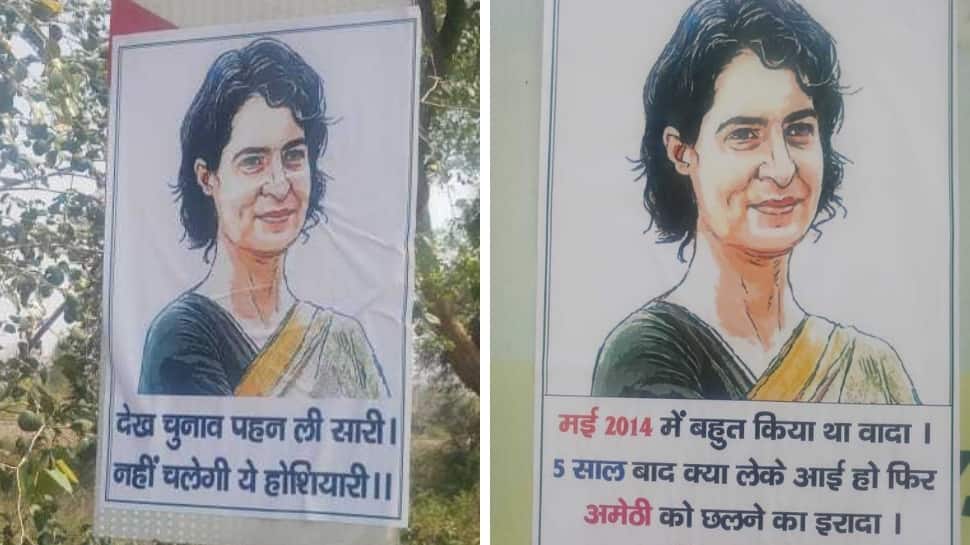 Posters against Congress General Secretary Priyanka Gandhi Vadra have been put up in Amethi as she heads to the city for poll campaigning. In the posters, caricatures of Priyanka have put drawn with slogans calling her a 'fraud'.

Seeking answers for the last 60 years, the messages read: "Kya khoob thagti ho, kyu 5 saal baad hi Amethi mein dikhti ho. (why do you fool us and come to Amethi only after 5 years)."

Another poster read: "May 2014 mein bahut kiya tha vaada. 5 saal ke baad kyu leke aayi ho phir Amethi ko chalne ka irada. 60 saalo ka hisaab do. (You had made many promises before 2014 election. After 5 yeras you have come back again with a view to deceive the people of Amethi.)

Some posters even mocked her wearing a saree during election campaigns. "Dekh chunav pehen li saree, nahi chalegi ye hoshiyaari. (You've started wearing sarees to fool people during elections. But these tactics will not work)."

Priyanka is in Amethi during the second leg of her three-day Lok Sabha election campaign in Uttar Pradesh. After visiting her brother and party President Rahul Gandhi's constituency Amethi, she will go to her mother Sonia Gandhi's constituency Rae Bareli on Thursday. She will visit Ayodhya on Friday before returning to Delhi.

Priyanka will be meeting party workers and will address public gatherings during the three-day visit.

In the first leg of her campaign from March 18 to 20, she undertook a 140-km-long boat ride from Prayagraj to Prime Minister Narendra Modi's parliamentary constituency Varanasi. She held several public meetings and visited prominent places of worship in the city.