The BJP MLA reportedly attempted to intimidate voters while campaigning for Union minister Jasvantsinh Bhabhor, who is contesting from Dahod. 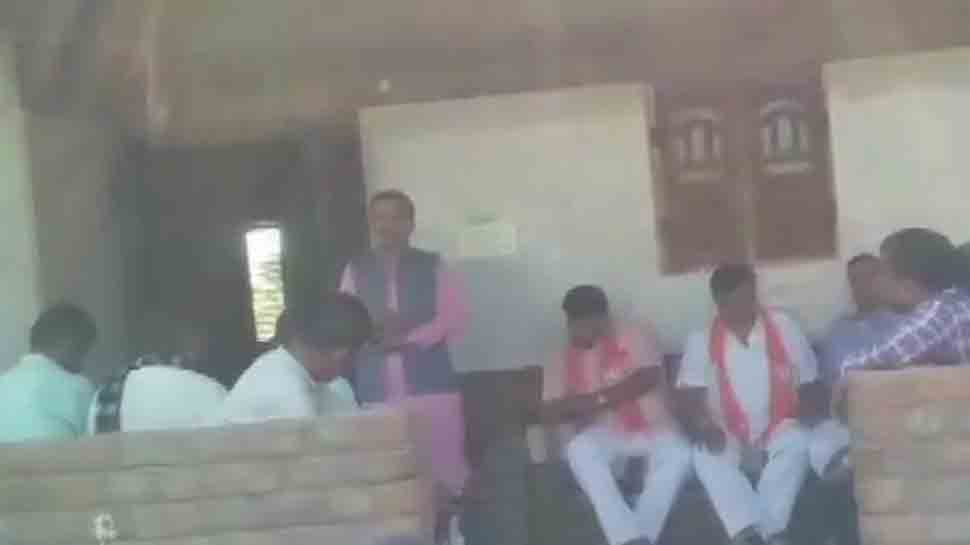 New Delhi: In yet another example of a shocking speech by a leader while campaigning for Lok Sabha election, a Bharatiya Janata Party (BJP) legislator from Fatehpura was caught on camera claiming that those who don't vote for Prime Minister Narendra Modi will be identified and will not be given jobs.

Ramesh Katara, who is BJP legislator from Fatehpura in Gujarat, stoked a controversy when he allegedly threatened the voters saying that electoral who vote for Congress will also be identified. He also claimed that cameras have been installed in polling booth by PM Modi to find out who did not vote for BJP party candidates in Dahod. He made the remarks while he was addressing a campaign rally in support of BJP candidate from Dahod, recently. The BJP has fielded Jasvantsinh Bhabhor, the sitting MP from Dahod Lok Sabha constituency, from the seat.

A video of his speech, where Katara is purportedly seen claiming Modi will stop giving work to the village if its residents do not vote for Bhabhor, has gone viral on the internet.

"Press the button (on EVM) having the photo of Bhabhor and lotus symbol. This time, Modi saheb has installed cameras. While sitting there, he would know who had voted for the BJP and who voted in favour of the Congress. If votes (to the BJP) will be less in your booth, you will be given less work. Modi saheb, while sitting there, would find out that you did something wrong. Your photos are there on election card, Aadhaar card and even on ration card," Katara is heard saying in the video.

"Your photos are there on election card, Aadhaar card and even on ration card," Katara added, warning the villagers.

Katara has been served a show-cause notice by Dahod collector and district election officer V L Kharadi for his remarks. However, when questioned, the BJP MLA denied threatening the voters and claimed that facts were misinterpreted in the video.