Qureshi also took a dig at the BJP for failing to name its candidate against Congress' Digvijaya Singh from Bhopal Lok Sabha constituency in Madhya Pradesh. 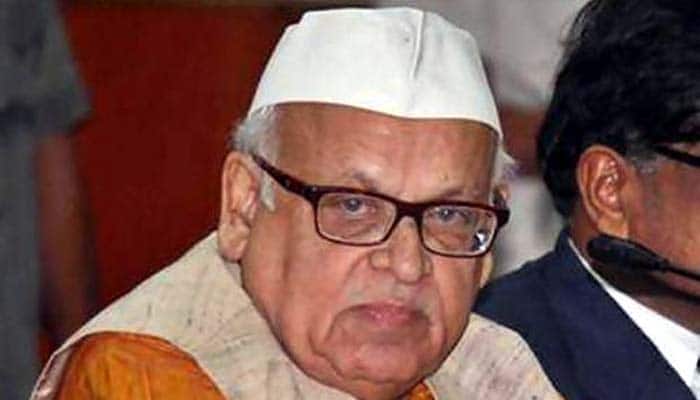 In a controversial statement, former governor and Congress leader Aziz Qureshi on Monday said that the terror attack in Pulwama was a pre-planned conspiracy by Prime Minister Narendra Modi to win the Lok Sabha poll.

Targeting PM Modi, Qureshi asked how the vehicle loaded with explosives was allowed to enter Jammu and Kashmir. He added that if PM Modi thinks that he can win the election by planning the martyrdom of 40 CRPF personnel then he will be given a befitting reply by the voters.

Qureshi also took a dig at the BJP for failing to name its candidate against Congress' Digvijaya Singh from Bhopal Lok Sabha constituency in Madhya Pradesh. He remarked that the BJP leaders are afraid of losing against Singh and this is the reason why the party is finding it tough to field its candidate from Bhopal.

The former Uttarakhand and Mizoram governor claimed that Congress will win more than 20 out of 27 seats in Madhya Pradesh. Accusing the BJP MPs and MLAs of shutting down the factories in the state, Qureshi said that the BJP leaders have no right to seek votes from people in Madhya Pradesh.

Earlier, Congress leader BK Hariprasad had made a similar statement, alleging that the Pulwama terror attack took place because of a 'match-fixing' between Prime Minister Narendra Modi and Pakistan.

Few days ago, senior Samajwadi Party (SP) leader Ram Gopal Yadav had claimed that Pulwama terror attack was a 'conspiracy' and 40 CRPF personnel were killed for the sake of votes.

Ram Gopal Yadav had said there were no checks between Jammu and Kashmir and the CRPF personnel were made to travel in ordinary buses despite their demand for an aircraft to travel from Jammu to Kashmir.

40 CRPF personnel were martyred on February 14 after a suicide attacker of Pakistan-based terror group Jaish-e-Mohammad had rammed an explosive-laden car into a CRPF bus in Pulwama on Jammu-Srinagar Highway.

No one should vote for him: Jaya Prada lashes out at Azam Khan for derogatory remarks against her