Former Jharkhand CM and BJP leader Arjun Munda, who is contesting from Khunti in the Lok Sabha poll, functioned out of the Kharsawan BJP office that was blown up by Naxals. 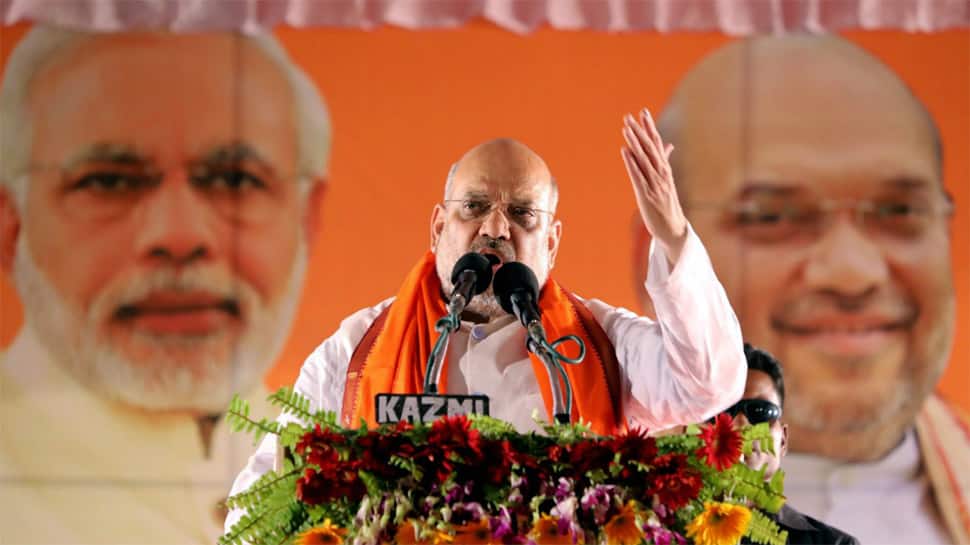 KHUNTI: Ahead of Bharatiya Janata Party president Amit Shah's rally in Jharkhand on Friday, Naxals blew up the party office in Kharsawan in Saraikela district.

As per early reports, the Naxals triggered cane bombs in the BJP office around 12:30 am. Former Jharkhand chief minister and BJP leader Arjun Munda, who is contesting from Khunti in the Lok Sabha poll, functioned out of the Kharsawan BJP office.

Shah is scheduled to hold a series of election rallies in the state Friday including Khunti, Koderma and Ranchi.

Kharsawan falls under Khunti parliamentary constituency, one of 14 Lok Sabha seats in Jharkhand, which is reserved for members of Scheduled Tribes. BJP's Kariya Munda is the sitting Member of Parliament from this constituency. The election here will be conducted on May 6, 2019, as per the Phase V schedule announced by the Election Commission of India. The counting will be held on May 23.

The incident comes two days after the Naxal attack in Maharashtra's Gadchiroli district which claimed the lives of 16 persons including 15 policemen on Wednesday. A unit of the Quick Response Team (QRT) of Gadchiroli Police was on its way to provide reinforcements to the police station in Kurkheda when Naxals triggered an IED blast near Lendali Nullah in Jamburkheda village.

BJP MLA Bhima Mandavi lost his life in a Naxal attacked in Chhattisgarh's Dantewada on April 9. The convoy of the BJP legislator was attacked 36 hours ahead of the first phase of Lok Sabha 2019 election on April 11. Four others also lost their lives in the incident.