Even as over 21 leaders of opposition parties are expected to meet EC officials over their suspicion on EVM manipulation, Amit Shah will host a dinner for NDA leaders on Tuesday (May 21). 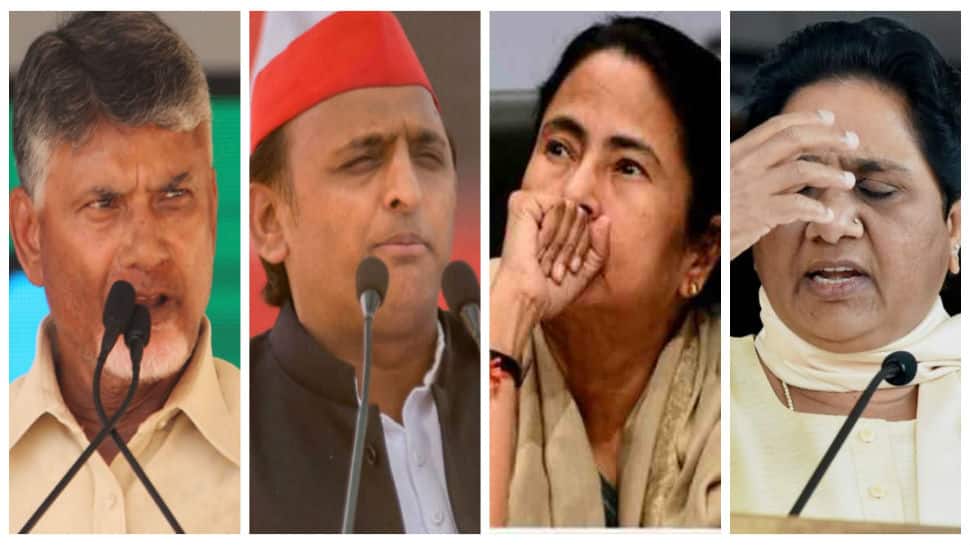 New Delhi: An overwhelming majority of exit polls on Sunday predicted BJP-led NDA to storm back to power with commanding ease, prompting several opposition parties to reach out to one another a day later on Monday. With fingers possibly crossed, many opposition leaders chose to either downplay the predictions, question EVMs, or both.

Chandrababu Naidu was one of the most active of all non-NDA political leaders in the day and he held a press conference in which he renewed his allegations against EVMs. Reiterating his demand for VVPATs to be counted, he even questioned the intent of Election Commission of India. The Telegu Desam Party chief then made way to Kolkata where he met with Mamata Banerjee and it was eventually decided that Trinamool Congress would join several other opposition parties - 21 in all - in meeting EC officials over their suspicions regarding EVM manipulations.

The possibility of a hung Parliament, however, is something the BJP has been outrightly - and confidently - rejecting throughout. Bolstered by exit poll predictions, the party appears more keen on cementing its bond within the NDA fold. Party president Amit Shah will host a dinner for NDA leaders on Tuesday, two days before counting. The Union Council of Ministers is also likely to meet on the same day. (Full report here)

Even as contrasting images were seen in NDA and opposition camps throughout Monday, there were only scenes of jubilation in Mumbai's Dalal Street. Sensex vaulted 1,422 points on exit poll predictions of an NDA win while investor wealth soared by Rs 5.33 lakh crore.

With two days left - Tuesday and Wednesday - before counting of votes, parties across the political landscape of the country are likely to continue their varied posturings.