Lok Sabha election results 2019: Exit polls show an advantage for the BJP in the 25 Lok Sabha seats in Rajasthan, despite the Congress winning the Assembly polls last year. 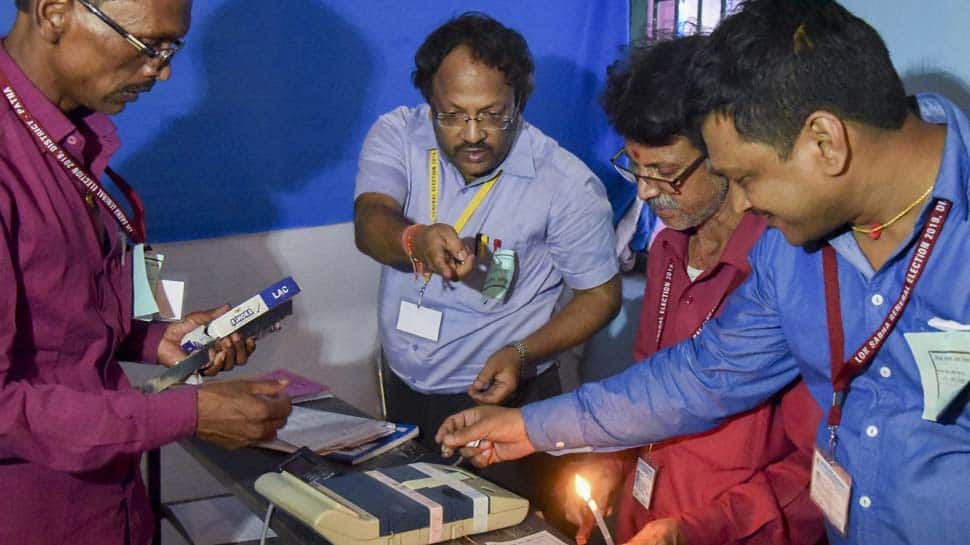 TAP FOR LIVE UPDATES | TAP FOR FULL LIST OF WINNERS

Here are the latest trends of the Lok Sabha election result from Rajasthan:

* In the Bikaner seat, Union minister Arjun Ram Meghwal is leading by more than 2.60 lakh votes over his cousin and former IPS officer Madan Gopal Meghwal.

* Dushyant Singh, the son of former chief minister Vasundhara Raje, is leading by over 4.30 lakh votes and is all set to get elected for the fourth time from Jhalawar seat. The Congress had fielded Pramod Sharma, who had joined the party from the BJP.

* The BJP has won one seat in the state and has maintained a comfortable lead in 23 out of 25 seats. BJP ally Rashtriya Loktantrik Party also ahead in the other seat.

* "Together we grow, together we prosper, together we will build strong and inclusive India. India wins yet again: PM on poll results," tweets PM Modi

* BJP candidate Swami Sumedhanand wins with a margin of 2,51,909 votes against Congress' Subhash Maharia from Sikar.

* "The BJP under the leadership of its president Amit Shah and PM Modi has reached new heights. I would like to thank the voters of Rajasthan," says former Rajasthan chief minister and senior BJP leader Vasundhara Raje at state BJP headquarters here.

* "Once again people have reposed their confidence in BJP and Modi in a big way. The trends indicate unambiguously that grammar of politics is under transformation," says BJP's vice president Vinay Sahasrabudhe.

* The Parliamentary Board of BJP will meet today evening. PM Modi is likely to address the party workers here at 5.30 pm.

* "There's no alternative to this new politics. The entire credit goes to team captain," says BJP's Rajyavardhan Rathore. He is leading from Jaipur Rural.

* BJP has allied with Hanuman Beniwal's Rashtriya Loktantrik Party (RLP) in a bid to woo the Jat community in the state. Beniwal is leading from Nagaur.

* BJP now leading on 16 seats, Congress on one

* Early trends show BJP leading in 17 seats, Congress on one

* Congress takes early lead, ahead in one seat in Rajasthan