Owaisi, also said that the upcoming Lok Sabha polls will be an 'open election' and there will be a fight for every single seat of the total 543 constituencies. 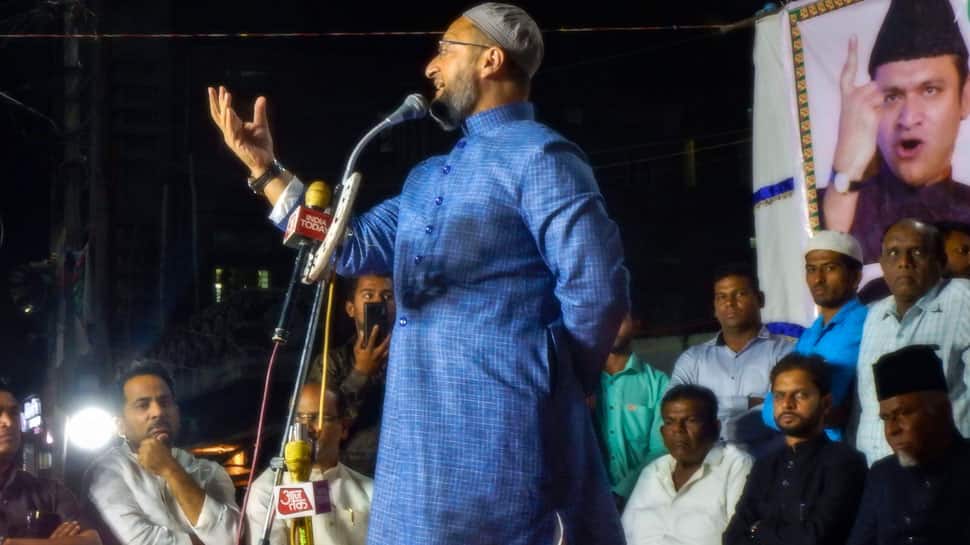 Claiming there is no 'Modi wave' in this Lok Sabha polls like in 2014, All India Majlis-e-Ittehad-ul-Muslimeen (AIMIM) president Asaduddin Owaisi on Thursday said a 'non-BJP, non-Congress' front is likely to form the government at the Centre, with a regional leader emerging as a prime minister.

Owaisi, a three-time MP from the Hyderabad parliamentary constituency, also said that the upcoming Lok Sabha polls will be an 'open election' and there will be a fight for every single seat of the total 543 constituencies.

"Unlike 2014, there is no Modi wave this time. It is an open election and there will be a fight on every seat, including Hyderabad," he told PTI in an interview.

Owaisi, who will be contesting from Hyderabad seat again this time, said his party AIMIM is definitely a part of the 'non-BJP, non-Congress' front led by Telangana Rashtra Samithi (TRS) founder and chief minister K Chandrashekar Rao.

This front would be necessary to represent India's political diversity and there are many regional leaders, who are much more capable than Prime Minister Narendra Modi and Congress president Rahul Gandhi, Owaisi added.

He claimed that the BJP out of  'desperation' is bringing national security narrative in the poll discourse to 'hide its failures', but people will not fall again on his 'jumlas' (false promises) and will vote responsibly.

"There was surgical strike, then Balakote air strike and now anti-satellite missile test (Mission Shakti) -- the poll narrative is changing everyday. All these are signs of desperation to win this election" Owaisi said.

"Why it took five years for such a crucial test? Why he waited for election time. Was he waiting for some auspicious moment? Was he worried about losing space along with people and TV? Why did he choose this time just days before polls?" he asked, adding that the PM is only doing 'jumlebazi' to divert focus from unemployment, inflation and other issues.

As the BJP's defeat is inevitable, going forward, its poll discourse will therefore change everyday, he stated.

"You will hear how PM's poll narrative will change going forward. Modi will warm up in the first phase and the debate will heat up from the second phase, till the festival of Ramadan. But people will not fall for his gimmicks," he said.

Asked about the 'non-BJP, non-Congress' front, the AIMIM chief said, "I am definitely a part of it and I am supporting the TRS on this issue."

He, however, did not share details how the 'non-BJP, non-Congress' front will take shape post polls nor did he disclosed probable prime ministerial candidate who can lead from the front, even as he expressed confidence that the regional parties will play a decisive role in the national politics.

"Regional parties will play key role in national politics. We tried the 280-plus NDA government, we tried 210 government of UPA, What came out of it? I want India's diversity should be represented. Wait for the results," he said.

"The BJP will not gain much in the five southern states, which comprise 130 Lok Sabha constituencies, except for a few seats in Karnataka. The saffron party is likely to lose its lone seat in Secunderabad this time," Owaisi added.

Asked about the TRS considered as a B-team of the BJP that could support the saffron party post polls, Owaisi said, "Not at all. This narrative is given by the Congress. It is completely wrong. They have allergy with regional parties."

Expressing concern over the lack of political representation to the Muslim community, he said, there was no single Muslim MP in 280 seats won by the BJP in 2014 general election, as the saffron force wants to run democracy represented by only the majority communities.

The Hyderabad Lok Sabha seat is a stronghold of the AIMIM and the party has won this seat in the last eight elections. The seat has seven Assembly segments -- Malakpet, Karwan, Goshamahal, Charminar, Chandrayangutta, Yakutpura and Bahadurpura.

Out of the seven assembly segments, six are currently held by the AIMIM and one by the BJP.