The maximum number of faulty VVPATs were changed in the South Delhi Lok Sabha constituency. 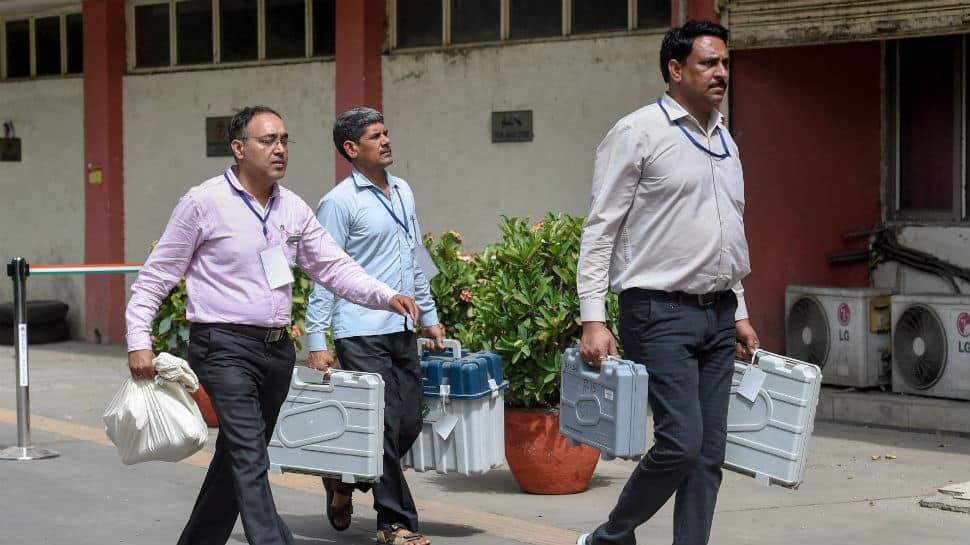 Delhi's Chief Electoral Officer Ranbir Singh said eight per cent of the VVPATs were replaced during the day which translated to a total of 450 VVPATs, 61 CUs and 77 BUs. The maximum number of faulty VVPATs were changed in the South Delhi Lok Sabha constituency while the minimum were replaced in the Northeast segment, the CEO office said.

Officials said the VVPAT machines are extremely sensitive to light and heat and being a new technology, glitches arose which delayed voting at some places.

At the Nirman Bhawan polling booth, where several VVIPs including Vice President Venkaiah Naidu cast their votes, technical snags in the EVM arose thrice before it was changed.

Officials said there was a connection error between the EVM's BU and CU. Sources in the poll panel said the problem with the EVM first arose at 7.30 am, then at 9.30 am and again at 10.30 am which delayed voting.

In the Chandni Chowk parliamentary segment, 21 VVPATs, 2 BUs and a CU was changed, while in East Delhi, 81 VVPATs, 10 BUs, 6 CUs were replaced.

In Northeast Delhi, 3 VVPATs, 2 BUs and a CU were replaced while in the New Delhi constituency, 28 VVPATs, 12 BUs and 6 CUs were changed.

Similarly, in the Northwest segment, 72 VVPATs, 9 BUs and an equal number of CUs were changed, while in West Delhi, 18 VVPATs, 12 BUs and 6 CUs were replaced.

Before voting began in the morning, a total of 778 VVPATs, 141 CUs and 228 BUs were replaced during mock polls, Ranbir Singh said.

A total of 5.5 per cent of the VVPATs were replaced in the morning and that might have caused delay in start of the polling process, he said.