"If there is a winner today, it is India, it is democracy, it is the people of this country. We dedicate this win to India." 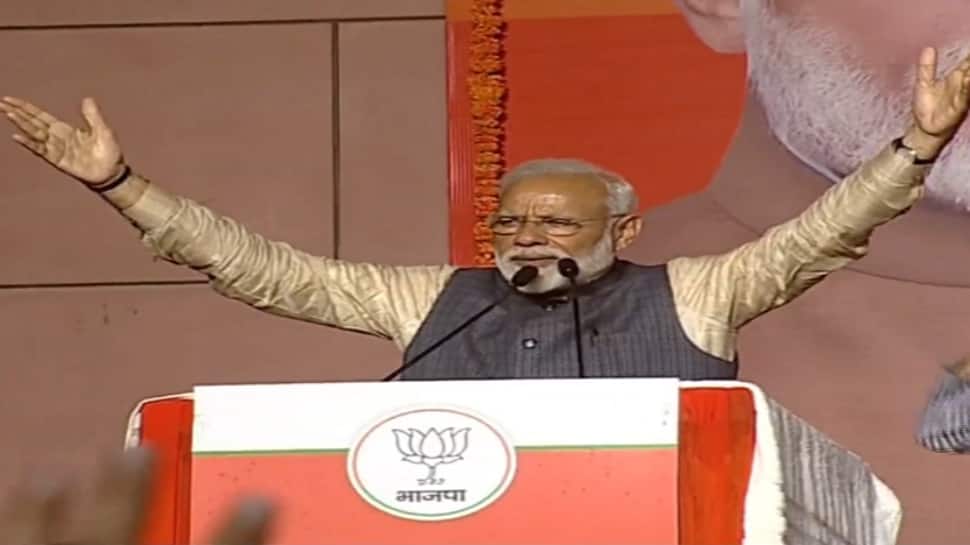 New Delhi: Narendra Modi on Thursday became the only non-Congress PM to get two successive terms in office after a massive mandate in Lok Sabha election 2019. With the National Democratic Alliance cruising past the 300-seat mark and with the Bharatiya Janata Party easily surpassing the majority mark on its own, voters in India re-affirmed their faith in PM Modi's leadership.

BJP secured decisive victories in most states, leaving Congress and other non-NDA members far behind. The scenes at the party headquarters in Delhi were, quite obviously, of absolute jubilation. Addressing a gathering of thousands of BJP workers and well-wishers, PM Modi thanked them and made three promises to the entire country. "I would firstly like to say that I will never do anything with the wrong or bad intentions. Yes, mistakes may happen but my intention will never be wrong," he said. "I would also like to tell the people of the country that I will continue to never do anything for myself. And I will continue to dedicate all my time to India and Indians."

PM Modi's speech of about half hour was interspaced with booming chants of 'Modi, Modi'. He acknowledged the support. "Not many knew me in 2014 and yet people put their faith in me. In 2019, people got to know me better and have put even more faith in me. I understand the emotions behind it," he said. "This is a huge mandate, a mandate that has stunned the world. We will have to remain united and work towards India's progress and the welfare of people."

While thanking the Election Commission for their tireless efforts in ensuring Lok Sabha election 2019 was free and fair, PM Modi also made it a point to thank party workers. "Your selfless work and dedication has helped us get such a huge mandate," he said. "If there is a winner today, it is India, it is democracy, it is the people of this country. We dedicate this win to India."

BJP's thumping performance is indeed remarkable even though PM Modi and other party leaders had maintained for long that they continue to have the faith and trust of the people in the country. Amit Shah, who spoke before PM Modi at the BJP headquarters on Thursday, said that despite a vilified campaign of the opposition, people chose to go with BJP.  "India continues to reject dynastic politics and politics of negativity. People in the country have shown that their faith is only in those who can ensure the development and welfare of all," he said.

All eyes would now be on the swearing-in ceremony for what would be PM Modi's second term in office. Sources have told Zee News that the ceremony could be held as early as early next week.

Will work with PM for betterment of people in Delhi: Arvind Kejriwal