Rashtrapati Bhavan gets decked up for Narendra Modi's swearing-in ceremony

The ceremony will begin from 7pm on Thursday (May 30) and high tea will be served to guests. The menu includes lemon tart, sandwiches, samosas and sweets. 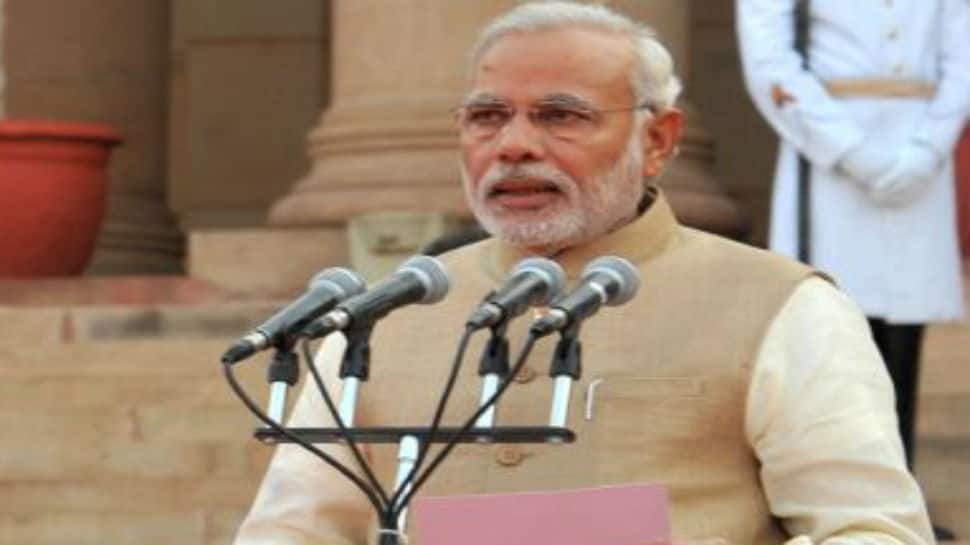 New Delhi: Rashtrapati Bhavan is putting final touches to its preparations ahead of the swearing-in ceremony of Narendra Modi and his ministers on Thursday. With a long list of guests expected at the much-awaited ceremony, no effort is being spared to ensure that it is a grand success.

While security at the Rashtrapati Bhavan - home to President Ram Nath Kovind - is always at its tightest, re-checks have been done in view of the VVIPs expected to be present here on Thursday. A number of international dignitaries, including leaders from Bimstec countries, will also be present at the ceremony which would mark the second term in office for PM Modi. As many as four Presidents and three PMs are going to be present.

While in 2014, the number of guests at PM Modi's swearing-in ceremony was around 5,000, it has gone up to 8,000 this time. This includes all parliamentarians who have been sent invites. The list of guests has been prepared by Rashtrapati Bhavan in consultation with the Prime Minister's Office (PMO). A list was also sent by the Bharatiya Janata Party. The corporate world too would be represented with the likes of Uday Kotak (Kotak Mahindra Bank), Ratan Tata (Tata Trusts), Dilip Sanghvi (Sun Pharma) and Ashish Chauhan (BSE) having confirmed their presence. At the time of filing this report, industrialists like Mukesh Ambani, Kumar Mangalam Birla, Anand Mahindra and SBI chairman Rajneesh Kumar had not officially confirmed their attendance but are almost certain to be present as well.

The starting time this year has been pushed back by an hour - to 7pm - due to the hot weather. High Tea will be served and the menu includes lemon tart, sandwiches, samosas and sweets. The list of food items also includes non-vegetarian dishes.