The former chief minister is squaring off against Lingayat seer Jaisiddeshwar Swami of the BJP and Dalit icon B R Ambedkar's grandson Prakash Ambedkar. 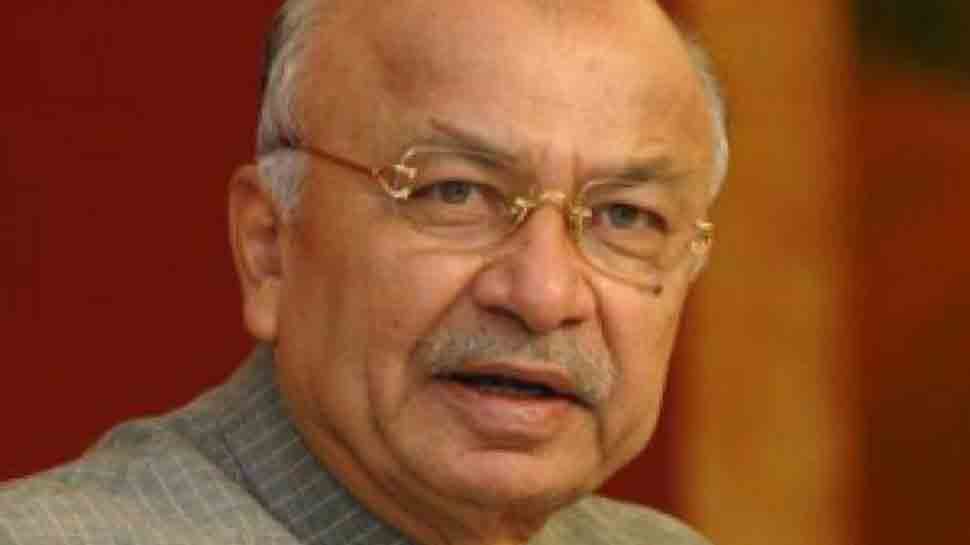 Mumbai: Former Union home minister and senior Congress leader Sushilkumar Shinde, who is locked in a keen contest on his home turf Solapur in Maharashtra, Wednesday announced that the upcoming contest would be his final election and sought "blessings" of NCP chief Sharad Pawar.

Addressing workers of the Congress and the NCP in Solapur in western Maharashtra, Shinde said, "this is my last election. I want blessings of Pawar saheb. He has always extended his cooperation to me".

The former chief minister is squaring off against Lingayat seer Jaisiddeshwar Swami of the BJP and Dalit icon B R Ambedkar's grandson Prakash Ambedkar.

Prakash Ambedkar is a nominee of the Vanchit Bahujan Aghadi (VBA) of Bharipa Bahujan Mahasangh and the AIMIM of Asaduddin Owaisi.

In the 2014 general elections, Shinde had lost to Sharad Bansode of the BJP from his pocketborough.

Shinde's association with Pawar dates back to 1970s when the former was working as a police sub-inspector before he joined politics and contested assembly election from Karmala constituency in Solapur district in 1974.

Shinde then went on to become a junior minister in the government of the then chief minister Vasantrao Naik.

He won the Maharashtra Assembly elections four times in 1978, '80, '85 and '90. He had also served as Finance Minister and presented nine budgets under different chief ministers.

Shinde resigned from the Congress and joined the Progressive Democratic Front government led by Sharad Pawar in 1978. However, he later rejoined Congress after the PDF was dismissed in 1980.

He became chief minister in 2003. Later, he was sent to Andhra Pradesh as a governor after his position as CM was taken up by Vilasrao Deshmukh in 2004.

Shinde was appointed as Union Minister for Home Affairs in 2012.

The Congress heavyweight had caused a flutter in January 2014 when he described Pawar as his "political guru", and said he would be happy to see the NCP chief becoming prime minister.