Sushma Swaraj to visit abroad on Tuesday, her last as External Affairs Minister under present government

This will be her last visit as the external affairs minister to any country under the present government. 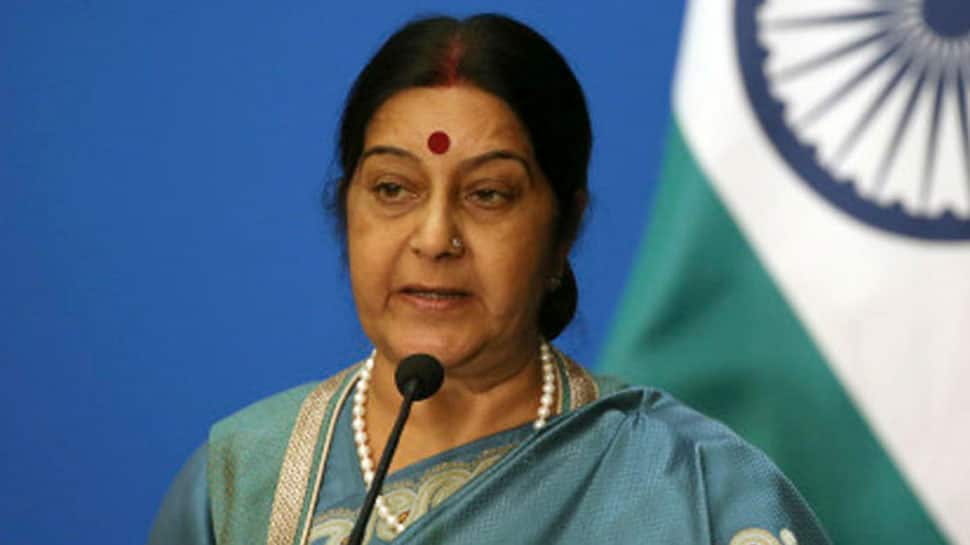 New Delhi: External Affairs Minister Sushma Swaraj will be going to Kyrgyzstan capital Bishkek for the Shanghai Cooperation Organization's (SCO) foreign ministers meet on Tuesday and Wednesday. This will be her last visit as the external affairs minister to any country under the present government. During the meet, India will be strongly raising the issue of terrorism and peace process in Afghanistan. Afghanistan, along with Iran and Mongolia, is an observer in the grouping.

The meeting comes just weeks before the SCO summit that will take place in Bishkek in June and will see the participation of the new Indian prime minister and Pakistani PM Imran Khan. A release said, "The Council of Foreign Ministers (CFM) meeting in Bishkek will review the preparations for the forthcoming SCO Summit in Bishkek on June 13-14 and also exchange views on topical issues of international and regional importance."

Pakistan will be represented by Pakistani Foreign Minister Shah Mehmood Qureshi. Asked if Pakistani and Indian ministers will meet during the SCO FMs summit, the Pakistani foreign office spokesperson Mohammad Faisal said, "The two foreign ministers would be present in the meeting and in all likelihood would interact amongst themselves and with other leaders. No formal meeting is, however, envisaged."

India got full membership of the grouping along with Pakistan in 2017 during the Astana summit of SCO with the process beginning during 2015 SCO summit in Russia.