Andhra Pradesh will vote for Lok Sabha and Assembly elections simultaneously on April 11. 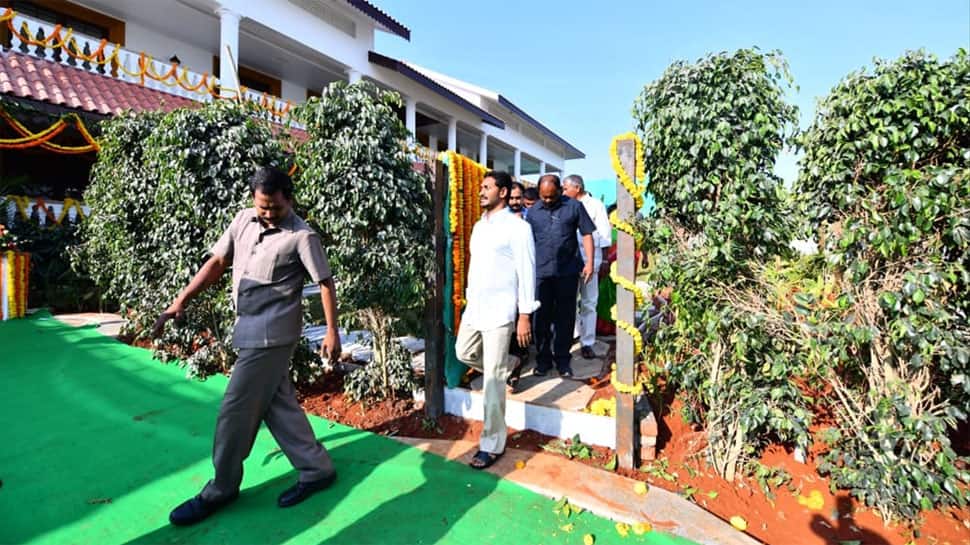 Telugu Desam Party is facing a tough time as the dates of Lok Sabha election and Andhra Pradesh Assembly election approaches with some of its top leaders in touch with the Yuvajana Sramika Rythu Congress Party for tickets to contest the polls.

Several leaders, who were eyeing the TDP symbol for the simultaneous Lok Sabha and Andhra Assembly elections in April, are also speaking to the YSR Congress Party leadership and may join the latter if offered a ticket from the constituencies of their choice. Sources close to some of these leaders have told Zee News that they will go with a party which provides them with the opportunity to contest elections.

The prominent names eyeing the YSR Congress Party tickets while being in touch with the TDP, too, are Sunil Chalamalasetty, Vanga Geetha, Butta Renuka, Rayapati Sambasiva Rao and Konathala Ramakrishna. A YSR Congress Party source confirmed to Zee News that the above-mentioned leaders are in advanced state of talks with his party leadership and are ready to "desert the sinking TDP ship".

The aspirant from Kakinada Lok Sabha seat, Sunil Chalamalasetty, had on March 3, 2019, joined the TDP but is still in talks with YSRCP. He contested as a Praja Rajam Party (PRP) candidate in the 2009 Lok Sabha election but lost. He tried his luck in 2014 as a YSRCP candidate and lost again. But now wants to try his luck again on the YSRCP symbol.

Vanga Geetha, who represented Pithapuram Lok Sabha constituency from 2009 to 2014 as a Praja Rajyam Party member, is currently a TDP MP in the Rajya Sabha. But she is eyeing a return to the Lok Sabha from Pithapuram and has reached out to the YSRCP for a ticket.

Butta Renuka won the Kurnool Lok Sabha seat in 2014 as a YSRCP candidate by defeating TDP leader BT Naidu and later joined the N Chandrababu Naidu-led party. However, Renuka may not get the TDP ticket from Kurnool as the former Congress leader Kotla Suryaprakash Reddy joined the party in January 2019 and is seen as the frontrunner candidate.

Guntur Lok Sabha MP Rayapati Sambasiva Rao, who has won the seat in the last three elections, is also not sure of getting the TDP ticket this time.

Konathala Ramakrishna had been in talks with both the TDP and YSRCP openly and is almost certain to join the latter. He is eyeing the  Anakapalli Lok Sabha constituency. Ramakrishna, a former Congress leader, won from Anakapalle Lok Sabha seat in 1989 and 1991 elections. He joined the YSRCP in 2011 when YS Jagan Mohan Reddy formed the party but was later expelled.

Moreover, the TDP is also facing dissident from aspirants seeking tickets for Assembly election too. Even though the TDP has given tickets to Adala Prabhakar Reddy from Nellore Rural, Thota Thrimurthulu from Ramachandrapuram and Pithani Satyanarayana from Achanta Assembly constituencies, the trio is also in talks with YSR Congres Party leaders.

Andhra Pradesh will vote for Lok Sabha and Assembly elections simultaneously on April 11.