Toilet in Anganwadi used as kitchen to serve midday meal in MP, minister says 'no problem'

MP Minister Imarti Devi claims that there is no problem in cooking food inside a toilet if a partition exists between the toilet-seat and stove. 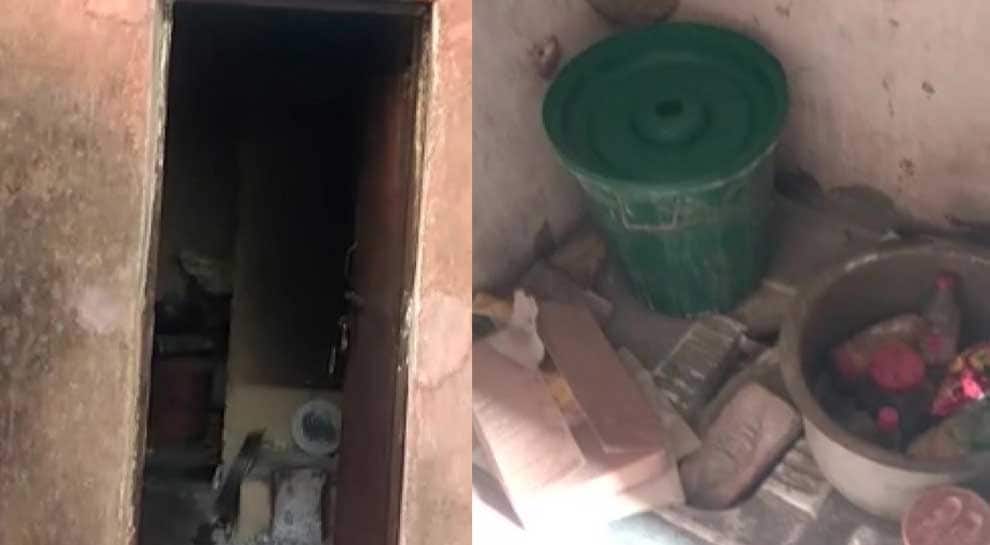 SHIVPURI: In yet another incident related to the government's midday meal scheme, a toilet at an Anganwadi centre in the Shivpuri district of Madhya Pradesh is being used to cook food for the children.

According to news agency ANI, the toilet at the Anganwadi centre has been converted into a full-fledged kitchen which has been provided with both LPG cylinder and earthen stove for preparing the midday meal for children.

Some cooking utensils were also found to be stacked over the toilet seat, the news agency reported.

According to reports, the midday meal is cooked here regularly and served to the children as well.

What's even more shocking is to hear Madhya Pradesh Minister Imarti Devi's reaction to the incident. The minister claims that there is ''no problem'' in cooking food inside a toilet if a partition exists between the toilet-seat and stove.

"Utensils can be kept on the bathroom seat. We keep utensils in our houses also. The pot is unused and is filled with gravel," she said.

"An enquiry would be conducted in the case," she added.

'When confronted over the issue, Devendra Sundryal, District Officer, Women and Child Development programme, said that action will be taken against the Self Help Group which had taken control of toilet.

It has been using the toilet as a temporary kitchen, he said, adding that action will also be taken against Anganwadi supervisor and workers involved in it.

The officer, however, assured that arrangements for a proper kitchen will be made as soon as possible.

The Anganwadi centre provides basic health care in villages across the country.

It is a part of the public health-care system. Basic health-care activities include contraceptive counselling and supply, nutrition, education and supplementation, as well as pre-school activities.