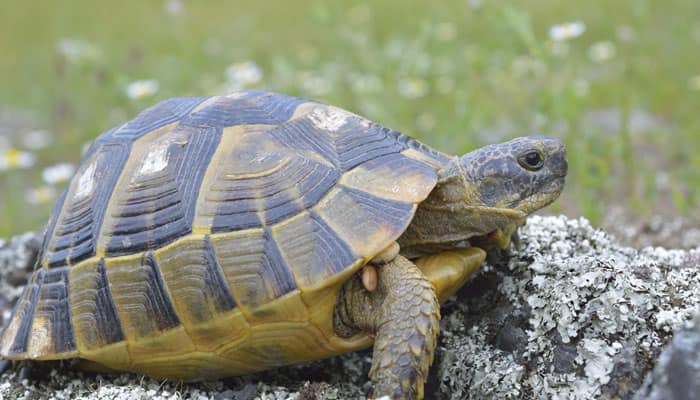 New Delhi: A Delhi-based wildlife body Tuesday claimed that over 50 turtles of endangered species were found "trapped" in a poacher's net in Agra out of which only 10 could be rescued alive.

"52 endangered turtles were found trapped in a 20 ft-long poacher's net in Keetham Lake, located in Soor Sarovar Bird Sanctuary in Agra. 42 turtles were found dead and rest 10 were in grave condition when rescued," Wildlife SOS said.

It said a local man was passing by the lake when he noticed a net sprawled out on the banks and immediately alerted the Forest Department authorities, which in turn contacted Wildlife SOS.

The rescue team found that the turtles were trapped inside a net, out of which 42 were already dead. With the help of the forest department officials they managed to rescue the rest, it said.

The rescued turtles were kept under observation and later released back into Keetham Lake in the presence of the forest department officials, it said.

"Turtles are mainly poached for their meat and their shells are believed to have traditional healing and medicinal properties," said Baiju Raj Director, Conservation Projects, Wildlife SOS.

"Illegal trade of endangered turtle species continues to be prevalent in India on account of various superstitious myths and beliefs attributed to them. Awareness regarding the illegality of the offense and the abominable treatment of these animals is incredibly important to curb cruelty and poaching of wildlife," said Geeta Seshamani, co-founder of Wildlife SOS.

Our report will open talks on need for better clean action plan: Greenpeace