Under the new rules, bio-medical waste has been classified into four categories instead of the earlier 10 to improve the segregation of waste at source. 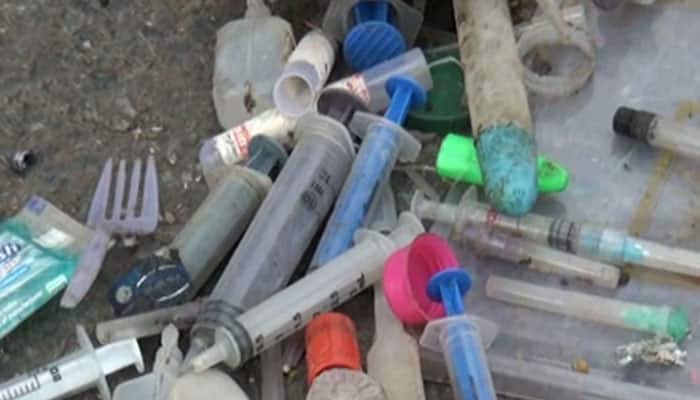 New Delhi: The Centre on Sunday notified new rules for the management of bio-medical wastes in the country that prescribe more stringent standards for incinerators to reduce emissions and envisage the creation of a bar-code system for bags containing such refuse.

Under the new rules, bio-medical waste has been classified into four categories instead of the earlier 10 to improve the segregation of waste at source.

Also, the procedure for getting authorisation has been simplified.

"The new bio-medical waste management rules will change the way the country used to manage this waste earlier. Under the new regime, the coverage will increase. It also provides for pre-treatment of lab waste, blood samples, etc.

"It mandates bar code system for proper control and has simplified categorisation and authorisation. Thus it will make a big difference to the Clean India Mission," Environment Minister Prakash Javadekar said while releasing the new rules.

Total bio-medical waste generation in the country is 484 tonnes per day (TPD) from 1,68,869 healthcare facilities (HCF). Of this, 447 TPD is treated, ministry officials said.

Under the new rules, use of chlorinated plastic bags, gloves and blood bags will be phased out within two years while training will be provided to all healthcare workers, who will also be immunised regularly.

Under the new rules, the state government concerned will provide land for the setting up of common bio-medical waste treatment and disposal facilities.

At the same time, the new rules said that no occupier may establish an on-site treatment and disposal facility if a common bio-medical waste treatment facility is available within a radius of 75km.

The operator of common bio-medical waste treatment and disposal facility has to ensure timely collection of bio- medical waste from the HCFs and also assist them in conducting training, the new rules said.

The Environment Ministry said the quantum of waste generated in India is estimated to be 1-2kg per bed per day in a hospital and 600gm per day per bed at a clinic. It said that only 15 per cent of hospital waste is infectious or hazardous.

The draft bio-medical waste rules were published in June last year following which the view of the public was sought regarding the same.

The suggestions and objections which were received were examined by a Working Group of the ministry and, based on its recommendations, the new rules were drawn up.

There are 198 common bio-medical waste treatment facilities (CBMWF) in operation while 28 more are being created. As many as 21,870 HCFs have their own treatment facility while 1,31,837 have to rely on CBMWFs.