The police will now take the paw-prints of all 18 'suspects' and get their feces tested as part of their effort to find out which of the big cats is guilty. 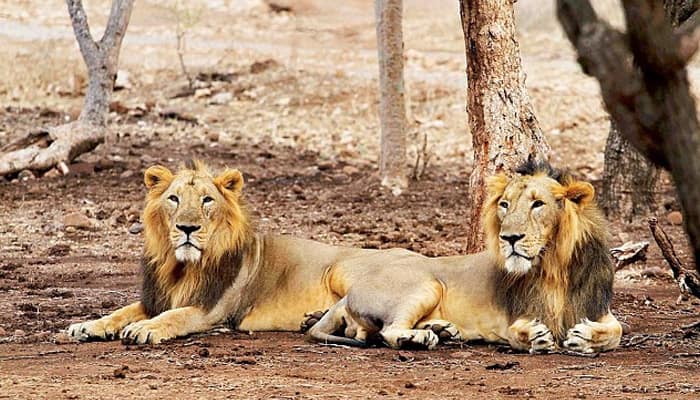 Ahmedabad: In a strange development, police in Gujarat have taken into custody 18 male lions for the murder of three persons.

The police will now take the paw-prints of all 18 'suspects' and get their feces tested as part of their effort to find out which of the big cats is guilty of murder.

And once it is clear who the culprit is, he will be handed a 'life sentence'. That is, the guilty male lion would be sent to a zoo for his entire life. And the rest of the Asiatic lions would then be released back into the wild.

The Washington Post quoted JA Khan, state's top forest official, as saying, "We think we have pinpointed the guilty lion, but we are still awaiting the results of nine more animals."

Meanwhile, wildlife expert Ruchi Dave told the BBC, "The officials are also studying the animals' behaviour. Man eating lions usually get aggressive at the sight of a human being."

The decrease in forest area has led to an increase in man-animal conflict in recent years and species on both sides lose life as part of the conflict.

It is estimated that there are some 400 Asiatic lions left in the wild and most of them live inside the Gir National Park in Gujarat. The Park, on the other hand, can only accommodate 270 which sometimes forces some of the big cats to venture outside and 'clash' with humans.

Heartbreaking! This VIDEO is eye-opener for people who don't believe that Hindus are leaving Kairana, Kandhla