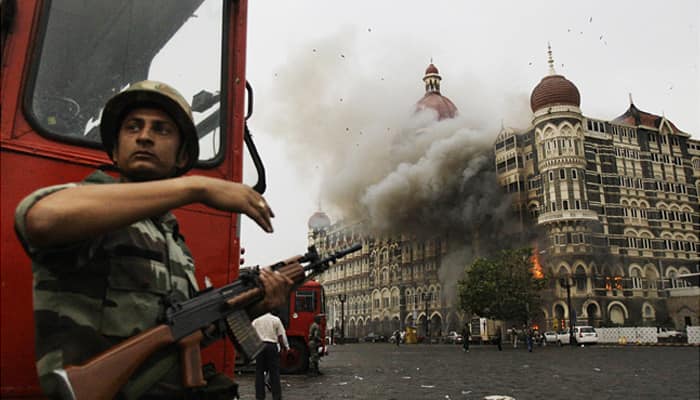 New Delhi: In a shocking exposé, it has been revealed that the Indian Ministry of Home Affairs officials, who were in Pakistan for talks on November 25, 2008, were made to extend their trip.

On November 26, 2008, when 10 members of terror group Lashkar-e-Toiba launched a series of 12 coordinated shooting and bombing attacks across Mumbai, India's top security officials were `holidaying` in Murree, a hill station near the Pakistani capital.

Nine top Intel bosses were taken to Murree to 'no network zone' to ensure that India's MHA control room was empty during the horrific 26/11 attacks, reports Times Now.

According to the channel, India was tricked into extending talks by Pakistan's Inter-Services Intelligence (ISI), so that the Pakistan-based terror group could finish its task.

The then Home Secretary Madhukar Gupta and his team arrived in Islamabad on November 24, 2008, for the talks that were part of the eight-subject composite dialogue process.

The team was to return home on November 26, but the Pakistani government extended their stay by a day.

Meanwhile, former MHA official RVS Mani told ANI that the absence of top officers of the Internal Security at the MHA delayed the decision-making process.

"Those days, talks were taking place alternately in India and Pakistan. In 2006, it took place in Pakistan; in 2007, it took place in India at Le Meridien hotel in Delhi; while in 2008, it was to be held in Pakistan. November 25 was decided for the talks, following which an approach paper was prepared and cleared. Our delegation left on November 24. I was in Lucknow on November 25 for some court case. I remember that when I returned on November 26th, I came to know that their visit was extended by a day, and then what happened in the night of 26th we all know," said Mani.

"Holding them back in Islamabad for a day was a ploy of Pakistan. Pakistan knew the terrorists' design, despite that it insisted them to stay there for a day (by delaying talks). Thus, there was no negligence on the part of officers. The decision about their visit and the approach paper were cleared by the Cabinet Committee on Security. The RTI reply shown by some channels that there was 'negligence' is not true. As when the delegation reached there, the date for talk was extended from November 25 to 26. I was not part of that delegation, hence only a delegation member could say what had happened there (in Islamabad)," he said.

When asked if MHA officials tried to contact them in Pakistan after the attack, Mani said, "Deputy commandant-level officers of paramilitary such as BSF, ITBP and CRPF were in the control room. They kept on trying to contact the Indian counterterrorism officers in Islamabad but were unable to reach them. It could be a Pakistan's ploy to make them stay at a place where there is mobile network issue. When they finally succeeded, I can't say. Later JS (police) [Joint Secretary-police] decided to deploy National Security Guards (NSG). Other JSes also extended their support."

When asked about the then Home Minister and the delay in the decision-making in the absence of top Internal Security officers, Mani said, "Home Minister Shivraj Patil's role was limited, though he flew to Mumbai. There are standard operative procedures in place at the MHA, which the officers have to ensure. A very solid system is in place, but implementation of the system was required a leadership, which was missing (officers were stuck in Pakistan).