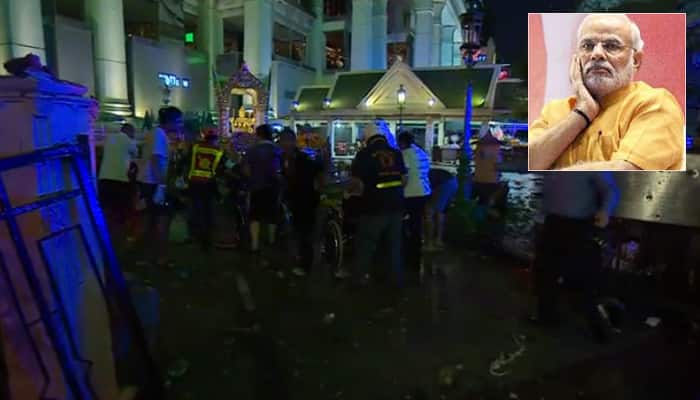 PM, who is on a two-day visit to the United Arab Emirates (UAE), took to Twitter to express his solidarity.

I strongly condemn the blast in Bangkok. My thoughts are with the families of the deceased. I pray for a speedy recovery of the injured.

A powerful bomb blast outside a hugely popular Lord Brahma temple in a crowded business district in Bangkok killed at least 27 people, including four foreigners.

The twin blasts, which the Thai government believed was aimed at damaging economy and tourism, occurred in a space of minutes around 7 pm (5:30 IST) outside Erawan Shrine dedicated to Lord Brahma in the downtown Chidlom district, creating panic as people fled the place that was spilled with blood.

The temple is located on a main road through Bangkok's commercial hub and is surrounded by three major shopping malls. However, there were no reports of any Indian casualties in the explosions that caused a huge amount of chaos, with body parts scattered everywhere. It is among Bangkok's most popular tourist attractions.