The authorities have commissioned a helicopter to rescue six persons who are perched for many hours on a tree in Magraj village in Satna district. 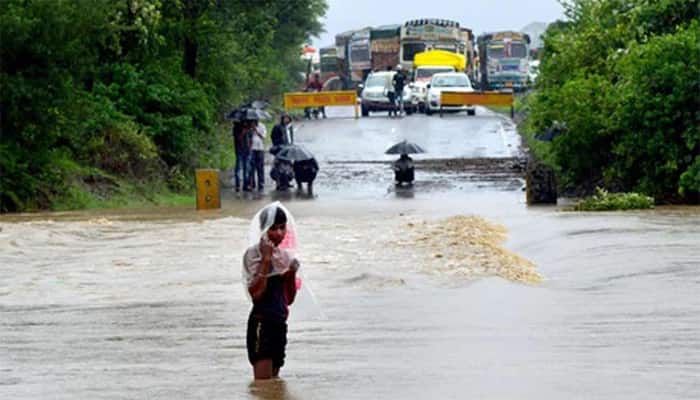 Bhopal: Life in the Vindhya and Bundelkhand regions of Madhya Pradesh has been severely affected by floods caused by heavy rains with reports that scores of families have been marooned and are waiting to be rescued.

The authorities have commissioned a helicopter to rescue six persons who are perched for many hours on a tree in Magraj village in Amarpatan area of the Satna district, Superintendent of Police Mithilesh Shukla said on Friday.

More people across Satna district are reportedly marooned by flood waters and need rescuing -- including many families in Ganeshpur in Maihar area and Madhavgarh Majar area.

Continuous rains have flooded many villages and caused rivers and streams to overflow in Rewa and Satna districts in the Vindhya region and Chhattarpur, Panna, Damoh and Tikamgarh districts in Bundelkhand.

In Rewa, rivers have risen and vital roads have been flooded. The Tamsa river has risen after dam water was released into it, threatening to inundate villages situated along its banks.

Chhattarpur has received continuous rains for two days with its rivers in spate and low-lying areas flooded. Road links with many villages in this district are now under floodwaters.

Tragic: 10 of family die in bus-jeep collision in MP