Is that really a bear on Mars? UFO hunter calls for UN probe

Is that a bear on Mars, an optical illusion or simply a deformed rock? Find out for yourself! 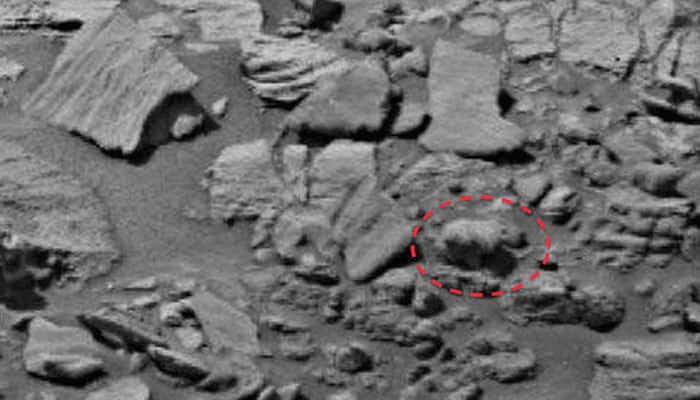 New Delhi: Water, woman and even Buddha are included in NASA's list of evidence justifying claims that life on Mars may actually exist. But, the latest discovery has induced new hope and alien/UFO hunters are convinced that life on the Red Planet really does exist.

An image taken from NASA's online database of Mars photographs has been posted online by UFO hunters amid assertions that it "clearly" shows a bear or some other four-legged mammal walking on the surface of Mars.

ALSO READ: Is it for real? Statue of 'Buddha' on Mars

The United Nations has been alerted and an alien hunter has gone even further by calling for a UN probe into “discoveries of life on Mars”, saying that NASA is ignoring "evidence" of animals on the Red Planet, including the latest “discovery” – a bear.

According to Daily Star, editor of UFO Sightings Daily, Scott C Waring is convinced that the image is of a bear and has also alleged that the shocking picture is the "reason" why NASA often releases photos in black and white – to hide the living creatures and plants that are an obvious colour.

Waring was further quoted saying, "This creature has real hair as seen from the shadows around its body. That means it's not a statue, but a living creature."