Milkha Singh, who had tested positive for the novel coronavirus, had earlier spend six days at a hospital in Mohali before being discharged. 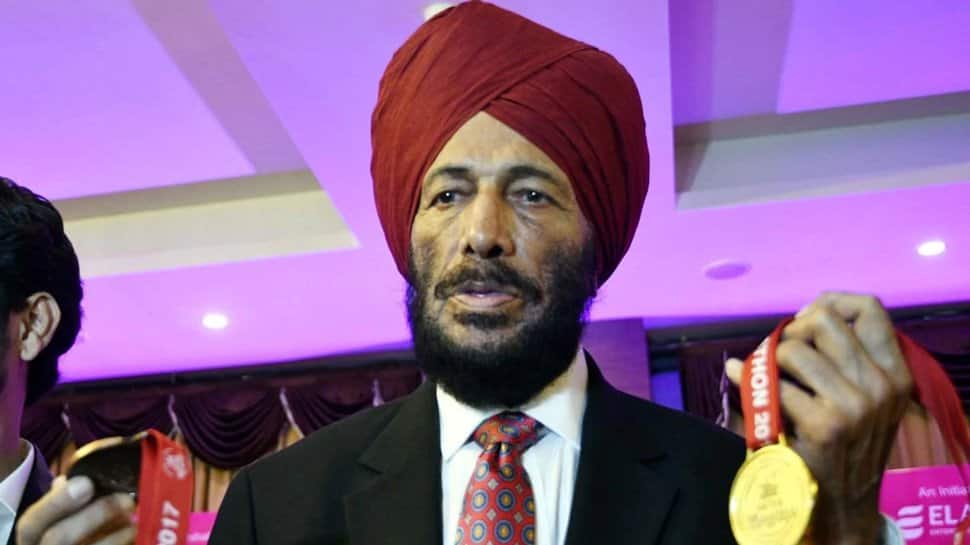 Milkha Singh has been admitted to a hospital (IANS/File Photo)

Days after being discharged from the hospital, India track and field legend Milkha Singh was again admitted to a hospital on Thursday. The 91-year-old has been admitted to Nehru Hospital Extension at Post Graduate Institute of Medical Education and Research (PGIMER), Chandigarh.

As per a report in The Indian Express, the legend was admitted earlier in the day after dip in his oxygen level.

“Milkha Singh has been admitted to the Nehru Hospital Extension at PGIMER at 3.35 pm today after dipping levels of oxygen. He is being observed by a team of doctors,” a PGIMER official was quoted as saying in the report.

Milkha Singh, who had tested positive for the novel coronavirus, had earlier spend six days at a hospital in Mohali before being discharged.

Meanwhile, the former athlete's wife Nirmal Kaur is also battling hard against the virus and is currently in ICU at the Mohali hospital.

As per reports, it is suspected that Milkha Singh contracted the COVID-19 virus last month from his domestic help.

The couple's son and ace golfer Jeev, flew down to Chandigarh from Dubai on Saturday while daughter, Mona Milkha Singh, who is a doctor in the United States, also arrived at Chandigarh a few days ago.

The legendary athlete is a four-time Asian Games gold medallist and 1958 Commonwealth Games champion but his greatest performance was the fourth-place finish in the 400m final at the 1960 Rome Olympics. His timing at the Italian capital remained the national record for 38 years till Paramjeet Singh broke it in 1998.

Milkha also represented India in the 1956 and 1964 Olympics and was bestowed the Padma Shri in 1959.