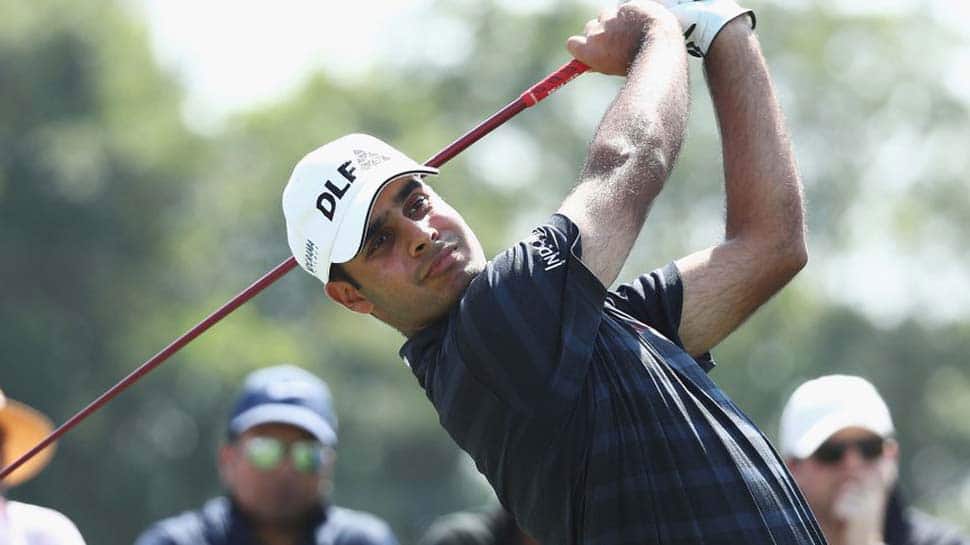 Ace golfers Subhankar Sharma and Anirban Lahiri will spearhead India's challenge at the 55th edition of the Hero Indian Open to be held at the DLF Golf and Country Club in Gurugram from March 28 to 31.

But all eyes will be on Asian Tour No.1 Subhankar and 2015 champion Lahiri to put up a good show in front of home fans.

Last year, Johnston came within a whisker of winning the tournament, rallying from a two-shot deficit in the final round to get into a play-off before losing to Englishman Matt Wallace.

Commenting on his prospect in the tournament, Sandhu said every golfer aspires to win the national championship and he is no exception.

"The National Open holds the highest esteem for any player. Every golfer dreams of winning his National Open once in his career. But it would be tough for everyone as the field keeps on getting stronger every year," Sandhu said at the launch of the event on Thursday.

Even before its launch, the Hero Indian Open ran into controversy and a cloud of uncertainty shrouded over its conduct this year after the Sports Ministry derecognised Indian Golf Union (IGU), the official hosting rights holder of the event, for failing to adhere to the National Sports Code.

But eventually, the Sports Ministry handed a temporary relief to the IGU at the eleventh hour by granting it interim recognition for four months, paving the way for the tournament's conduct this year.

"Everything is going to be in line as per the requirements. That is why the Ministry has extended our recognition. We are committed to the changes that the Ministry has told us to do," he said.

"The IGU is committed to the growth of the game in the country and we continue to support the sport in different parts of the country."