Dutch coach Sjoerd Marijne broke down on the sidelines after India women hockey team's win over Australia in the Tokyo Olympics quarterfinals. 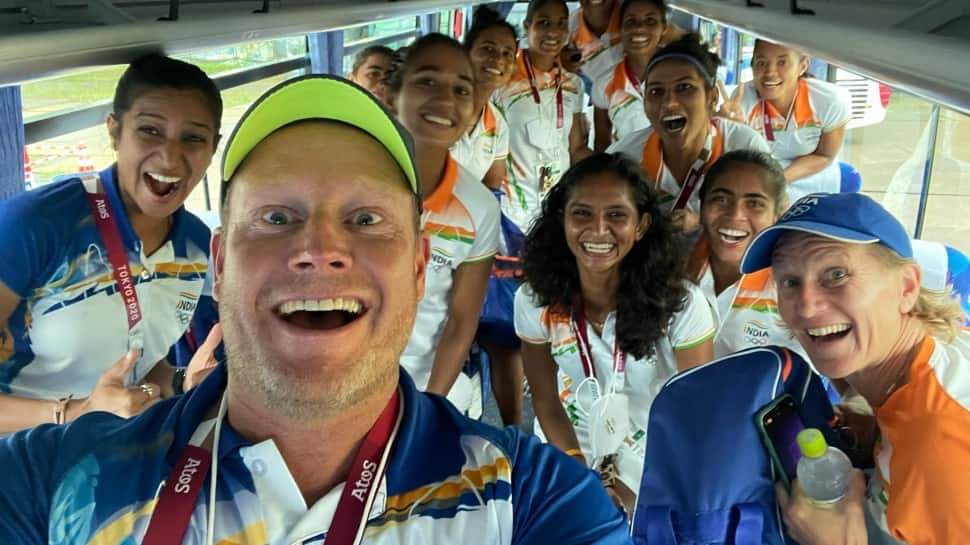 The India women’s hockey team rewrote history at the Tokyo Olympics on Monday (August 2). By defeating Australia in the quarterfinals, the Indian women’s team entered the Olympics semifinal for the first time that to Gurjit Kaur’s strike in the 22nd minute. The win meant a lot to the women hockey team’s Dutch coach Sjoerd Marijne who broke down on the sidelines after the final whistle.

India defeated three-time Olympic champions and world No. 2 Australia in a sterling display in Tokyo. “How my heart was? Its still working. I was like…ggahhh but that’s in every match in the last three games," women’s team coach Sjoerd Marijne said after the match.

“Oh man, what we’ve tried to do and what we have done is work match by match. What can we improve in the next one and the next one,” he added.

The Dutchman, however, critical in pointing out that his team was not particularly good at defending in the match. “The defending was not good enough especially defending in the circle. So we focussed on that. It also helps keep your mind away from winning and losing.

“It’s all about the mindset. I told the girls that we have nothing to lose, so play free, and that’s what we did today. It’s like a dream come true. I think this is the Chak De India in reality," he said.

Meanwhile, India women’s hockey team captain Rani Rampal was proud of the Women in Blue as the team executed their plans well against Australia and booked a historic berth in the final four of the ongoing Tokyo 2020 Olympics. Gurjit Kaur scored the lone goal in the match during the first half through a penalty corner in a very tightly contested match. “I am super proud of the team especially each individual player. Before the game, we just said one thing to each other, give it all that you have then we will see what will happen, just don’t focus on the semi-final or final. We just concentrated on sixty minutes and we put all our energy and focus on our jobs,” Rani Rampal told reporters after the match.

“By scoring the goal in the first half and then defending it especially against a team like Australia is not easy. We played as a team and according to the plan of our coaches. When we entered the tournament, everyone thought our pool was tough and it was tough. After losing opening matches with such margins it’s not easy to come back in the tournament and it needs a lot of courage and mindset,” the Indian skipper added.

Next up for Rani Rampal and her team is Argentina, who beat Germany 3-0 in the other quarterfinal match.