In an adorable dance video shared on Instagram, cricketer Hardik Pandya is seen participating in the 'Don't Rush' challenge along with his ladylove Natasa stankovic and son Agastya. Watch the video here. 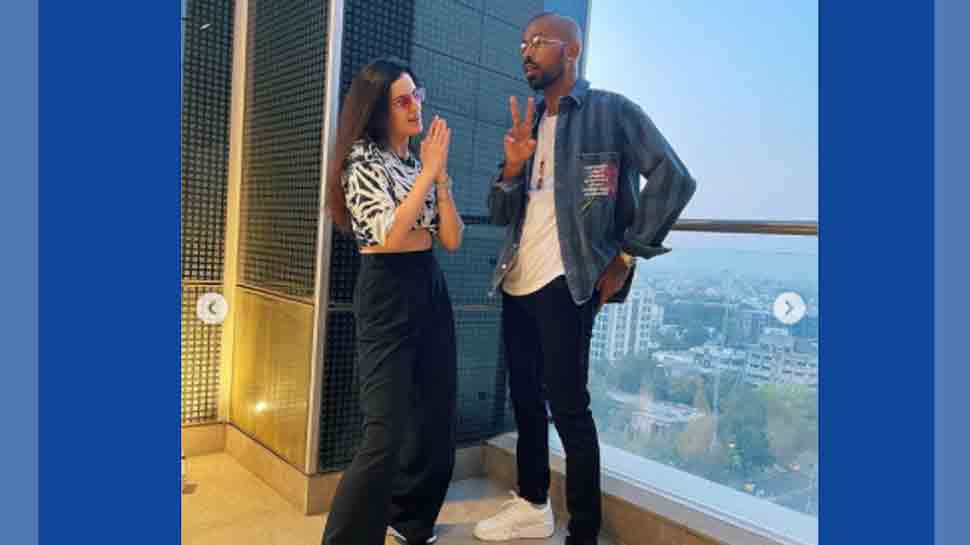 NEW DELHI: Cricketer Hardik Pandya, who has been busy with his T20I schedule, decided to shake the leg with his partner and Serbian beauty Natasa Stankovic and their baby boy Agastya. In a super adorable video shared by Natasa on Instagram, the trio is seen grooving to beats Eduardo Luzquinos' remix of Don't Rush.

Natasa, seen in a cropped white top paired with blue denim and white sneakers, was seen flaunting her fancy footwork while Hardik, seen in a black tee and track pants, and holding their toddler in his arms, was seen matching to her steps.

The video also gave a glimpse of the background of the living room, which had a dining table, a ceiling lamp on top and a grey-motif printed carpet on the floor. Sharing the video, Natasa simply tagged Hardik Pandya and posted smileys alongside the video on Instagram.

Hardik and Natasa Stankovic got engaged in Dubai, in a surprise private ceremony in January 2020. The couple welcomed their first child, Agastya in July last year. According to reports, the duo met at a nightclub and fell instantly in love with each other.

Natasa is a Serbian model who made her debut in Bollywood with Prakash Jha's 'Satyagraha'. She participated in the reality show 'Bigg Boss 8' back in 2014-15. She has featured in several hit Bollywood songs like 'Mehbooba' from 'Fukrey Returns', 'Zindagi Meri Dance Dance' from 'Daddy amongst various others. She has also done a few dance numbers in Tamil and Kannada movies. She was last seen in the dance reality show 'Nach Baliye 9' as a contestant with Bigg Boss 14 fame Aly Goni.