The news has come as a shock to everyone, including people in the industry, as there were no reports of the adorable couple hitting a rough patch in their relationship.

New Delhi: Dia Mirza and husband Sahil Sangha have decided to end their marriage of 11 years, and the actress shared the news on social media on Thursday. Taking to Instagram, the 'Rehna Hai Tere Dil Mein' actress said it was a mutual decision and that they will continue to remain friends.

Dia also requested the media to respect their privacy at this time and also made it clear that they won't be speaking on the matter anymore.

"After 11 years of sharing our lives and being together, we have mutually decided to separate. We remain friends and will continue to be there for each other with love and respect. While our journeys may lead us down different paths, we are forever grateful for the bond that we share with each other," she shared in a post today.

Dia and Sahil got hitched in an Avadhi style wedding. The two dated each for a long time before they decided to walk down the aisle. The now-former couple does not have any children together. They have a production house together 'Born Free Entertainment'.

Barely days ago, on July 16, Dia wished Sahil on his birthday on Instagram in an adorable post. 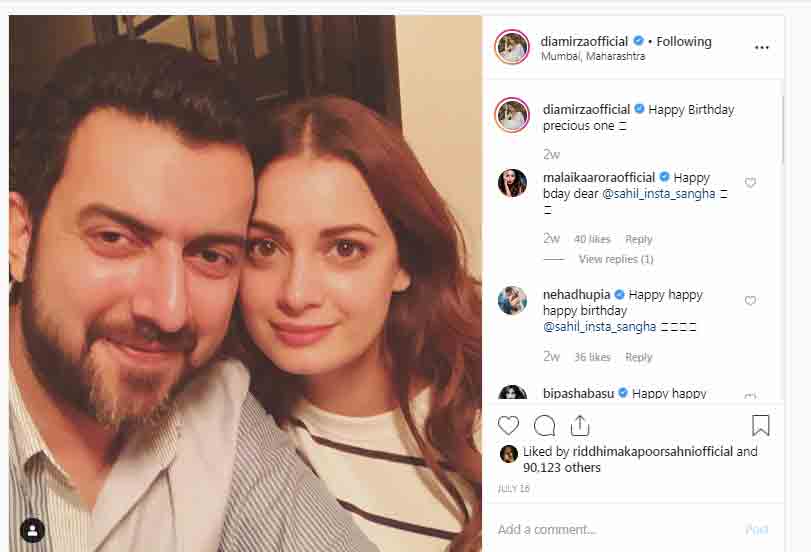 The news has come as a shock to everyone, including people in the industry, as there were no reports of the couple hitting a rough patch in their relationship.

Dia was recently seen in web-series 'Kaafir'. Before that, the actress played Maanayata Dutt in Sanjay Dutt's biopic 'Sanju'.