Ever since the videos have gone viral, many TV celebs have stepped forward in support of Shweta and also lauded her for her bravery. 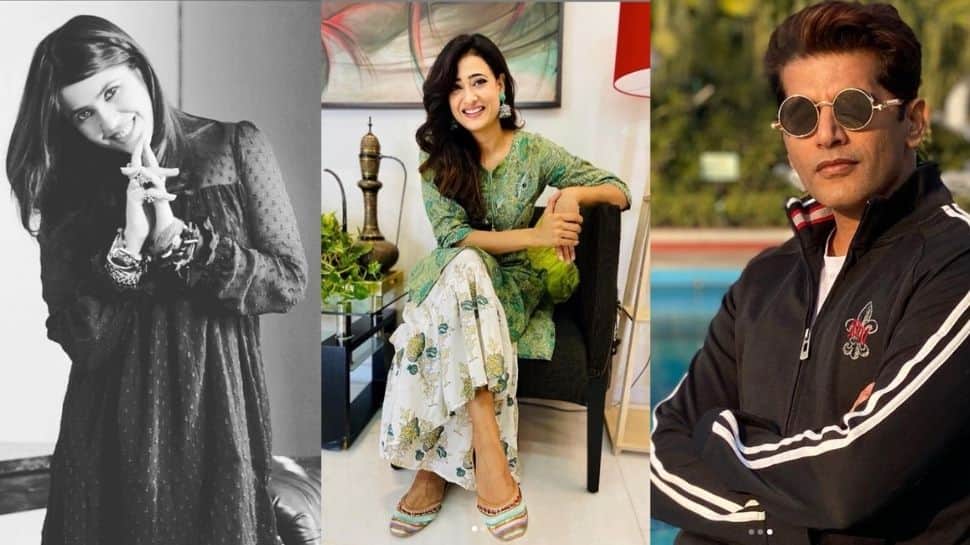 New Delhi: Popular TV actress Shweta Tiwari shared two disturbing videos on her Instagram handle, which clearly showed why the actress has been hesitant in sharing the whereabouts of her son Reyansh with her estranged husband Abhinav Kohli.

In one of CCTV footage videos, Abhinav Kohli can be seen forcefully snatching away Reyansh from Shweta. In another video, a scared Reyansh was hiding himself under the bedsheet while sister Palak tries to calm him down.

Ever since the videos have gone viral, many TV celebs have stepped forward in support of Shweta and also lauded her for her bravery.

Ekta Kapoor, Ridhima Pandit, Ashmit Patel, Teejay Sidhu and Karanvir Bohra among others were the first ones to react to the recent videos.

Ekta Kapoor wrote, "Why is this guy not arrested."

Teejay Sidhu wrote, "It is a very sick and sad mentality that everyone is shamelessly standing there and watching? And some even walked away There was a struggle and NOBODY tried to help or find out what was going on!"

Karanvir Bohra wrote, "Mommie pls file a case immediately.. this is inhuman... really really can’t see this, I can imagine what she must be going thru... pls pls get him off ur life."

Currently, Shweta is in Cape Town, South Africa for the shoot of her upcoming reality show Khatron Ke Khiladi 11.

For the unversed, the fiasco unleashed after she went ahead with the show and Abhinav released a few videos on his social media account alleging that the actress has left their son alone in a hotel.

Shweta shot to fame with a popular TV show ‘Kasautii Zindagii Kay’, where she played the role of Prerna Sharma. Her character was loved by one and all. She was also seen in shows like ‘Bigg Boss Season 4’, ‘Begusarai’ and ‘Parvarrish’ among others.