Bollywood star and global icon Priyanka Chopra Jonas celebrating her birthday on Sunday (July 18). On this special occasion, check out her loved-up picture with her husband Nick Jonas. 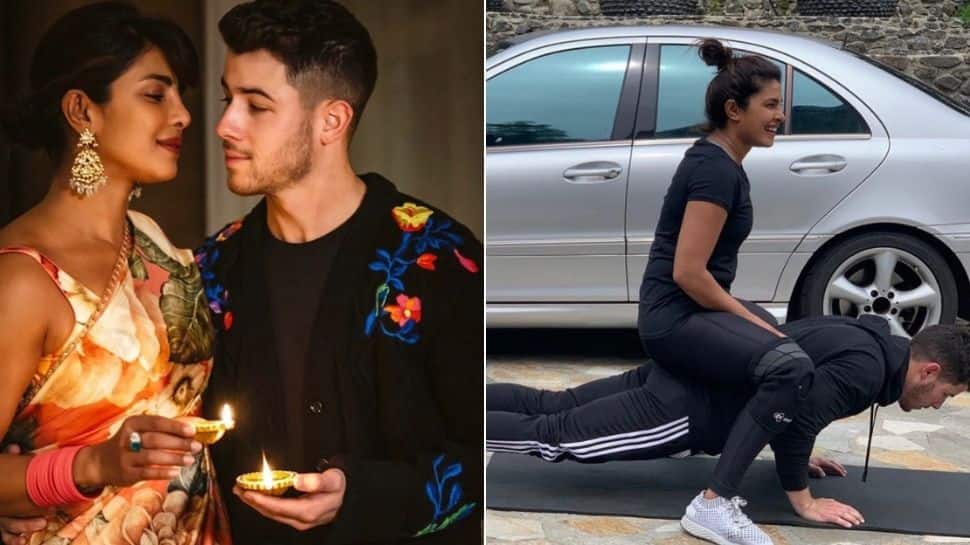 New Delhi: Bollywood star and global icon Priyanka Chopra Jonas will be ringing in her 39th birthday on Sunday (July 18) from London, which is where she is currently stationed. The actress has had decades of fame and success and Bollywood and has now established her brand in the West as well with several international projects in her kitty. She's a true global superstar and Wonderwoman for achieving such mountainous feats all by herself. She began as the winner of the Miss World 2000 pageant and is now one of the most well-known and highest-paid entertainers.

Along her impressive and long journey, she also found love when she met American musician Nick Jonas. The duo got married at a lavish wedding party that took place on December 2, 2018, in Jodhpur. Since then, they've stuck with each other through thick and thin and it seems their love has only grown stronger.

On the special occasion of her birthday, let's take a look at the power couple's cutest moments:

1. The couple celebrates Diwali together in London!

2. Priyanka celebrates the traditional festival of Karva Chauth for her hubby Nick.

3. Remember when Priyanka said push-ups are her favourite workout? This is what she meant.

4. Throwback to when Priyanka wrote an appreciation post for her caring beau Nick with the cutest mirror selfie ever!

5. The duo looks absolutely adorable here as they cuddle together with their pet.

The global star will be seen in spy thriller series ‘Citadel’, rom-com ‘Text For You’ and ‘Matrix 4’. Priyanka will also feature in an Indian wedding comedy, which she co-produces with Mindy Kaling.