Akshay Kumar with wife Twinkle and their kids are in Cape Town in South Africa, while Kareena Kapoor Khan and Saif Ali Khan are vacationing with their son Taimur Ali Khan in Europe and Sonam Kapoor is off to London. 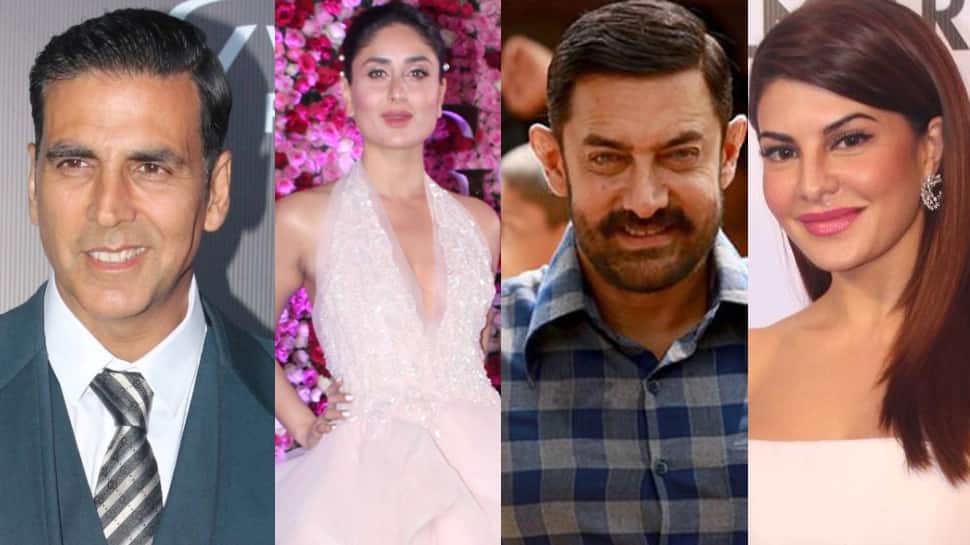 Mumbai: As 2017 comes to an end tomorrow, most B-town celebrities are in the joyous mood and will usher in the New year with their near and dear ones at exotic locations around the world.

Akshay Kumar with wife Twinkle and their kids are in Cape Town in South Africa, while Kareena Kapoor Khan and Saif Ali Khan are vacationing with their son Taimur Ali Khan in Europe and Sonam Kapoor is off to London.

Sanjay Dutt, who is shooting in Kyrgyzstan for his new film Torbaaz will be spending his new year in Dubai with his family.

Shilpa Shetty too is holidaying in Dubai with husband Raj Kundra and son Viaan, while Madhuri Dixit is enjoying her time with husband Sriram Nene in Japan.

Basking in the success of her last film Judwaa 2, Jacqueline Fernandez is in Bali with her family to ring in the New Year. Apparently, even Alia Bhatt is in Bali.

After having a rocking year professionally, Rajkummar Rao is off to Thailand with girlfriend Patralekha.

With no show this year on-screen, Chitrangda Singh, who has been busy shooting for films like Saheb Biwi Aur Gangster 3 and Bazaar is off on a family trip to Phuket.

However, some celebrities chose to bring in the festivities within the country.

Aamir Khan, who wrapped the third schedule of Thugs of Hindostan is in Goa, not only to celebrate the New Year but also celebrate his marriage anniversary with wife Kiran Rao.

Of the other two superstar - Salman Khan will apparently be at his Panvel farmhouse while Shah Rukh Khan might be in Mumbai as his kids are at home.

Ajay Devgn, whose last release Golmaal Again brought some respite to the film industry and the actor this year, is in Karjat with Kajol.

Radhika Apte, who is looking forward to the release of Padman is celebrating the festivities with her family in Pune.

Even Yami Gautam will be with spending the new year with her family in Chandigarh.

Alia Bhatt chilling with her girl gang in Bali—See pics