In a new interview with The Sunday Times, the former first lady and her daughter Chelsea Clinton were asked about Meghan and husband Prince Harry`s recent decision to take legal action against the British media, reported People. 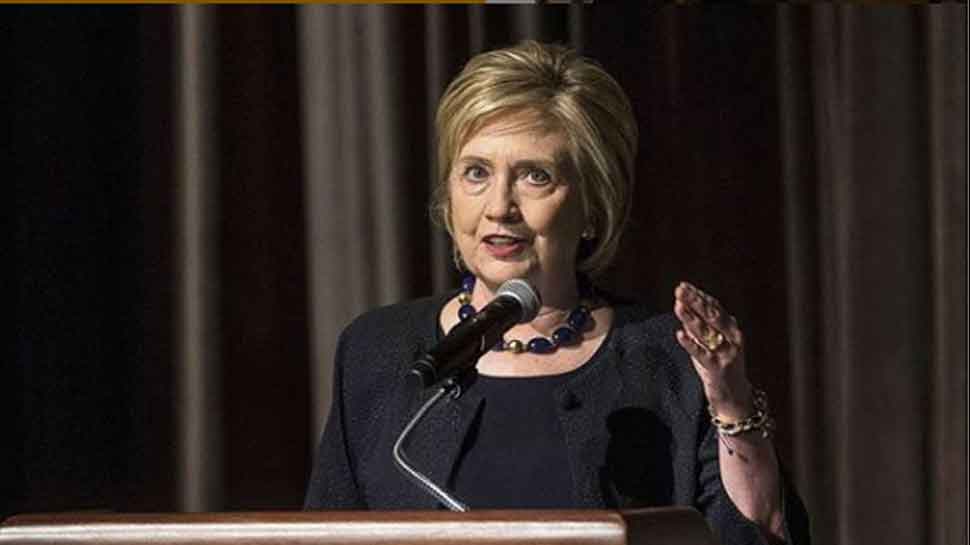 Washington: Meghan Markle has found a supporter in Hillary Clinton! The former US State Secretary defended the Duchess of Sussex, saying that her biracial background "certainly" played a role in the British tabloids` harsh treatment.

In a new interview with The Sunday Times, the former first lady and her daughter Chelsea Clinton were asked about Meghan and husband Prince Harry`s recent decision to take legal action against the British media, reported People.

When asked if they feel Meghan is a gutsy woman, they said "Yes!" in unison. "Yes. She. Is. I`m a huge Meghan Markle fan," Hillary said."I do want to say that the way she`s been treated is inexplicable," the former Secretary of State added."If the explanation is that she`s biracial, then shame on everybody," she noted, adding that she personally believes the former `Suits` actor`s race is "certainly part of it."

When asked the same question during the interview, Chelsea said harshness in the press is likely because she breaks the royal mould."She proudly had a career first and has a voice that she thankfully continues to use," the 39-year-old said."Anyone, who has the temerity to break the mould of what has previously been established and expected often, unfortunately, receives criticism and bile that I don`t understand. We`ve seen this pattern repeatedly," she added.

Chelsea also noted that although she doesn`t know her personally, Meghan is someone she "respects."She said, "I don`t know her, but as someone who respects her, I`m so grateful that she persists, and is unbowed, and is doing work she feels called to do. And isn`t willing to be bullied."

Earlier this month, the Duke of Sussex slammed British tabloids for their "ruthless campaign" against his beloved wife. The statement came along with a lawsuit filed by Meghan against the Mail on Sunday over the publication of a letter she wrote to her father, Thomas Markle.

Days later it was reported that the Duke of Sussex was also taking legal action against The Sun and The Daily Mirror over alleged illegal interceptions of his cell phone voicemails.

"Though this action may not be the safe one, it is the right one. Because my deepest fear is history repeating itself. I`ve seen what happens when someone I love is commoditised to the point that they are no longer treated or seen as a real person," Harry said in his October 1 statement."I lost my mother and now I watch my wife falling victim to the same powerful forces," he added.

The couple`s moves came as a surprise to even palace aides, including those who work with other members of the royal family. Some insiders also noted that the decision`s timing distracted from the positive work Meghan and Harry did during their recent tour of Africa.

"This is a separate and private issue that has been willfully introduced and has sabotaged some of the great work they were doing," historian Robert Lacey previously told People. However, for Harry and Meghan, there was no choice. "To stand back and do nothing would be contrary to everything we believe in," said Harry of their decision.