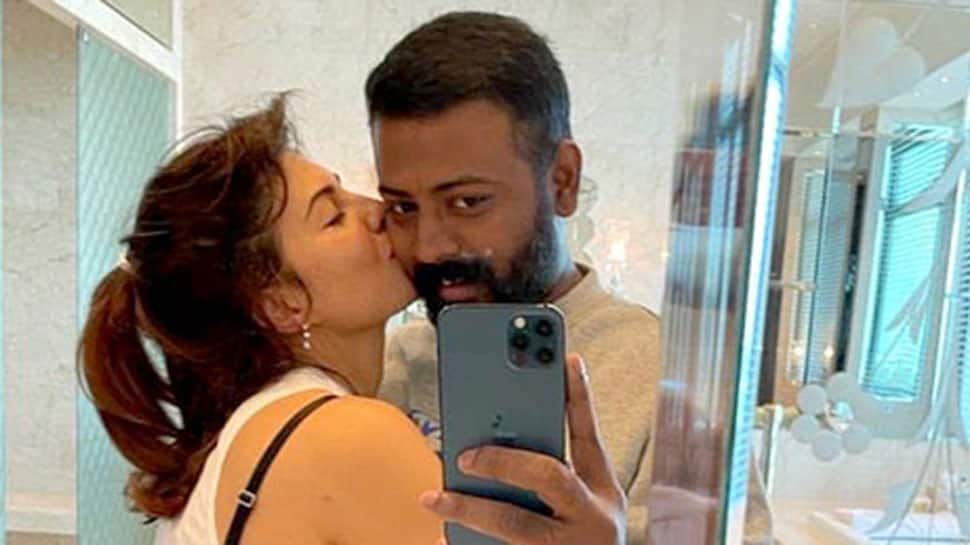 This photo is originally attributed to Bollywood Hungama
Share:
Written By:

New Delhi: Days after Bollywood actress Jacqueline Fernandez's mushy mirror selfie with conman Sukesh Chandrasekhar sparked controversy online, another photo of the two has made it to the internet. This time, the actress can be seen planting a kiss on conman's cheeks.

According to a report published and photo accessed originally by Bollywood Hungama, the Kick actress can be seen with Sukesh in the mirror selfie. This happens to be their second photo together which has found its way to the internet, leaving netizens perplexed.

(PIC COURTESY: This photo is originally attributed to Bollywood Hungama)

Sukesh and his actor wife Leena Maria Paul are allegedly connected to Rs 200 crore money laundering case which is under investigation by the Enforcement Directorate.

It read, "Jacqueline Fernandez is being called to testify as a witness by the ED. She has duly recorded her statements and in future will also be completely cooperating with the agency in the investigations."

"Jacqueline also categorically denies alleged slanderous statements made about relationship with the involved couple," the spokesperson further said in a statement.