New Delhi: The 'Queen' of B-Town, Kangana Ranaut is known to be a head-turner in every sense of the word. Be it her sartorial choices or path-breaking movie roles—the 'Manikarnika' of Hindi cinema creates waves in whatever she does.

In her recent airport outing, Kangana was spotted in an elated mood. She looked stunning in traditional beige attire with gorgeous statement earrings and black Prada handbag.

Check out her photos here: 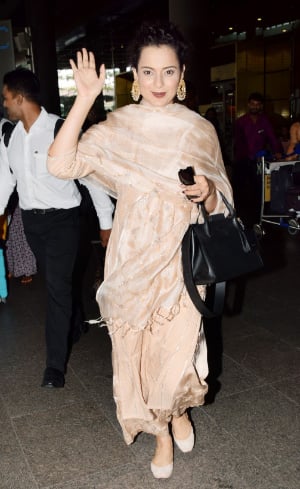 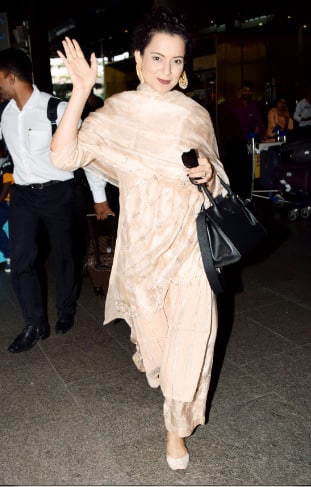 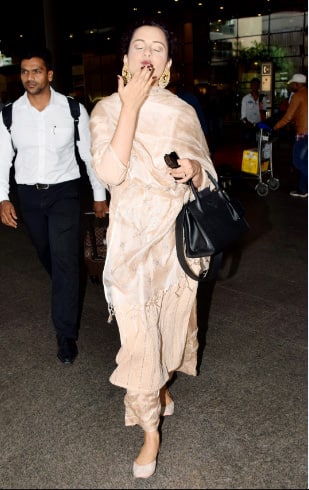 Isn't she looking simply breathtaking in that silk kurta, palazzo pants and dupatta? We really like the pastel beige shade on her with matching mojris. The actress has often made incredible fashion choices which have been widely appreciated by all.

Next, she will be seen in 'Dhaakad', an actioner whose fierce first look teaser was widely appreciated on social media. The film is directed by Razneesh 'Razy' Ghai.

The film will hit the screens in Diwali 2020. The movie is an action entertainer starring Kangana in the titular role. Other cast details are yet to be announced.