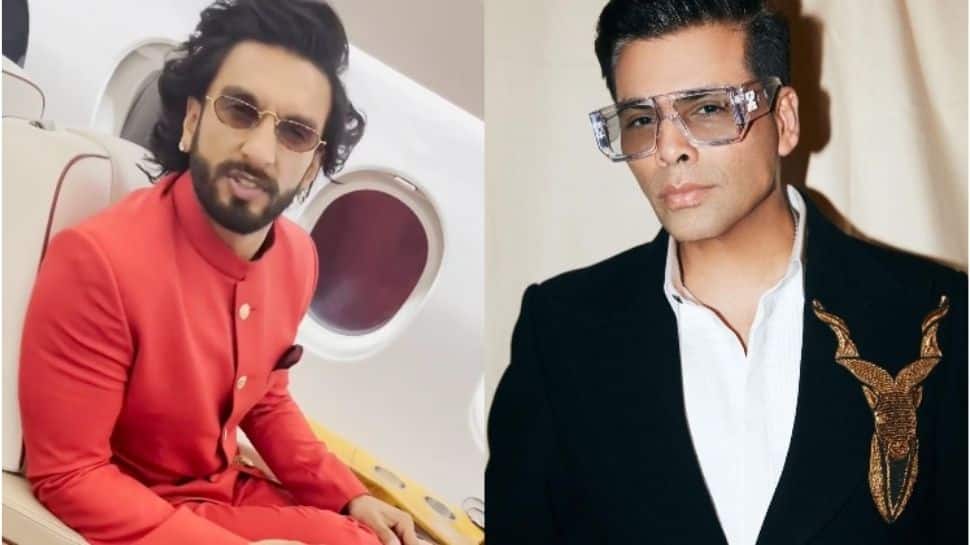 On Monday, KJo took to his Instagram handle and posted a video of the actor. In the clip, the director can be seen asking him what he was wearing and complimenting him as well while they were on a flight.

They also spoke about the recent fashion trends and Ranveer further talked about his favourite fashion looks.

In the video, the director complimented Ranveer on his all-red Sabyasachi outfit with gold buttons and a waist belt with the iconic Bengal tiger logo inscribed on it.

Karan then went on to quiz Ranveer about the recent fashion trends that he's obsessing over.

"The Gucci x Balenciaga Hacker Project, that's like a moment in fashion history," the 36-year-old actor, who is an ardent fan of both the luxury fashion houses, said.

KJo then quizzed Ranveer about the upcoming fashion film 'House of Gucci' starring Adam Driver, Lady Gaga, Jared Leto and Salma Hayek, which follows the story of the Gucci empire.

"Jared's red carpet looks are to die for," the actor said before signing off.

The movie, which is being produced by Dharma Productions and Viacom18 Motion Pictures, has been written by Shashank Khaitan, Ishita Moitra and Sumit Roy.

Apart from 'Rocky Aur Rani Ki Prem Kahani', Ranveer will also be seen in movies like '83', 'Cirkus' and 'Jayeshbhai Jordaar'. Speaking of KJo, his upcoming production ventures include 'Brahmastra', 'Dostana 2', 'Liger' and 'Yodha'.