Actresses like Anushka Sharma, Deepika Padukone and Katrina Kaif are often spotted wearing athleisure wear as their 'airport look of the day'. 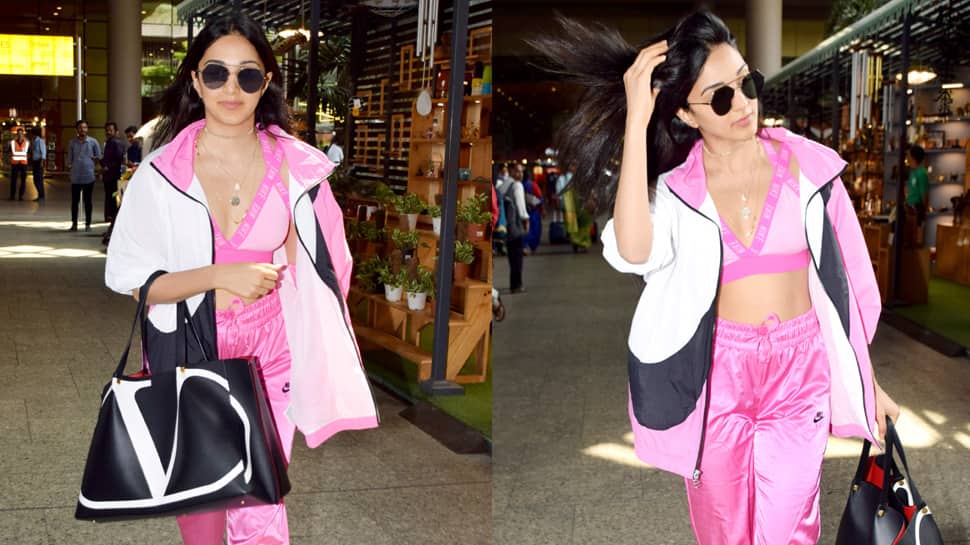 New Delhi: The very stunning Kiara Advani was recently clicked at the airport looking pretty in pink. She flashed her gorgeous smile and happily posed for the shutterbugs. Kiara turned heads in her candy pink athleisure wear making it a new airport outing trend.

She also carried a huge black tote. Do not miss those shoes and black shades though! The actress was last seen in Shahid Kapoor starrer 'Kabir Singh' which became a blockbuster hit at the Box Office. Check out photos: 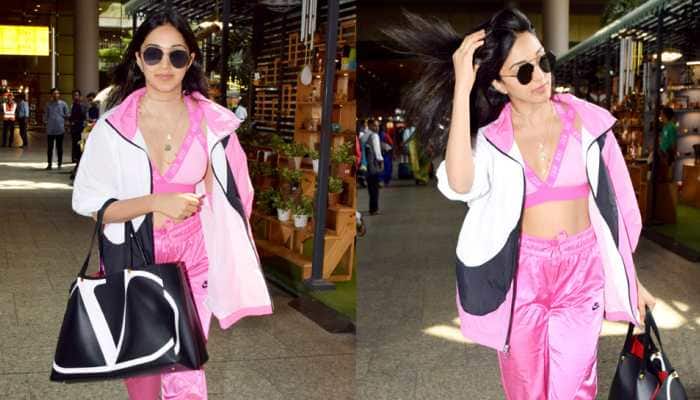 Actresses like Anushka Sharma, Deepika Padukone and Katrina Kaif are often spotted wearing athleisure wear as their 'airport look of the day'.

On the work front, she will be seen in 'Good News' starring Akshay Kumar, Kareena Kapoor Khan and Punjabi heartthrob Diljit Dosanjh. She then has an upcoming rom-com titled 'Indoo Ki Jawani' with 'Student Of The Year 2' star Aditya Seal.

Besides, she will be seen in Netflix original film 'Guilty' which marks the digital debut of Dharmatic—a digital offshoot of Dharma Productions. She will reportedly be seen playing a rockstar in it and her first look did create a flutter in the online world.

It will be directed by Ruchi Narain and produced by Apoorva Mehta. The buzz is that Kiara might also star in Shershaah and Kanchana remake in Hindi.